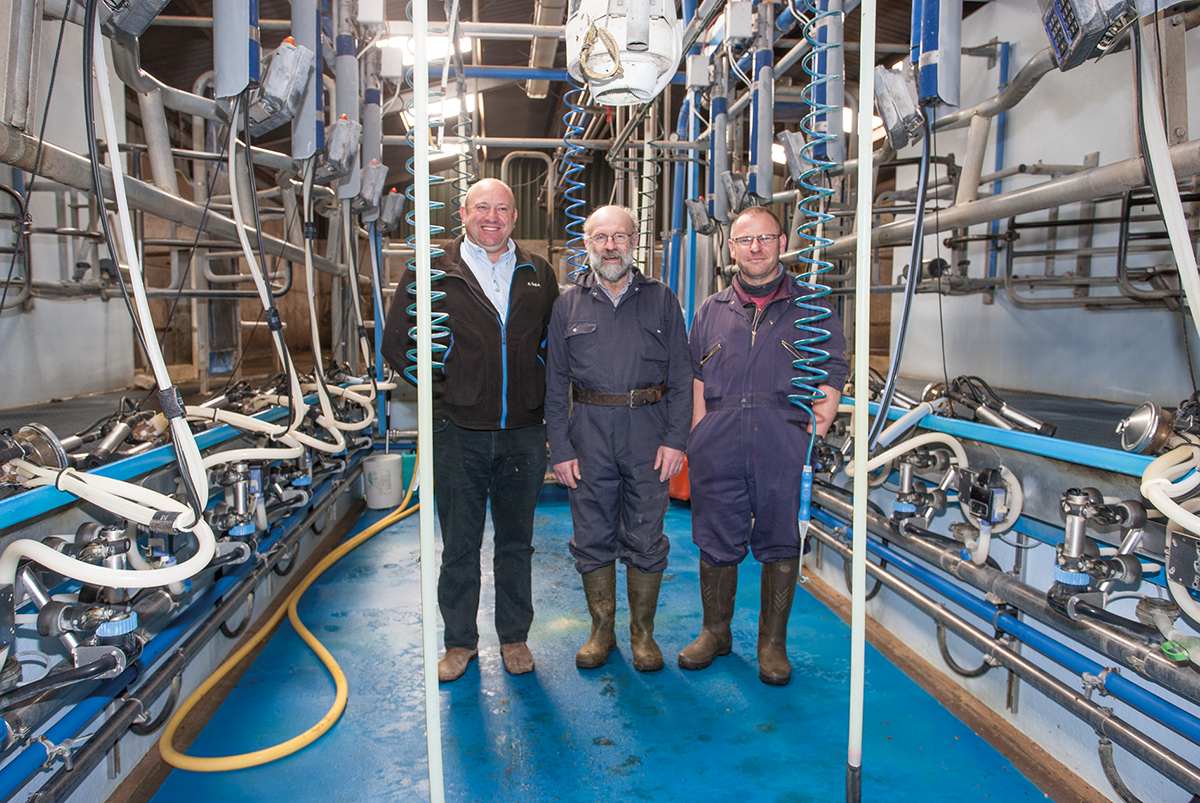 The Reakes family have been farming Temple House Farm, on the Mendips near Shepton Mallet since 1929 and Simon and Ben Reakes are the fourth generation, working today with their father Roger who still milks every afternoon.

They take pride in the business they have built up and the high standards they have always applied to managing their herd, now of 160 cows. There’s not much that Roger doesn’t know about the dairy business, so it’s easy to imagine just how frustrating and upsetting it was when, for no obvious reason the cell counts in the milk they produced were consistently high and mastitis cases on the farm were rising.

“It was a mystery,” said Roger. “Hygiene in the parlour appeared to be good and we thought it must be down to an environmental factor such as the bedding conditions. We called in the vet who identified high incidences of strep uberis and we tried almost everything we could think of to get it under control over a period of about two years.
“I have to admit that I was the one who dug my heels in when it came to making fundamental changes in the way we worked. Simon had suggested quite early on that we should think about putting in a dip and rinse system, but I couldn’t see why we would need it as the dairy had good hygiene standards.”

Eventually the Reakes’ contacted T H WHITE who had installed their 24/24 DeLaval parlour some eight years previously and a demonstration of the AirWash Plus system was set up.
“After seeing it in action we managed to persuade dad to go for it,” said Simon, “and it proved to be one of the best decisions we’ve ever made. Having consistently had cell counts of 200-plus, within 8-10 weeks of installing AirWash Plus they had dropped right down to 99 and are now averaging around 150. Not only that, but the number of mastitis cases were reduced by over 50 per cent.

“Our bactoscan also dropped from 30-40 and is now just 10-15 – the cluster liners really are sqeaky-clean! Clearly the AirWash Plus is not only cleaning but also preventing cross-infection between animals. Using just 10ml of teat dip per cow it’s economical too.

“Based on the saved cost of mastitis cases alone we expect to achieve pay-back on the AirWash Plus system in 2½ to 3 years.”

Roger Reakes is the first to say the farm should have installed dip and rinse sooner, but then it’s easy to be wise after the event. “Perhaps the best thing,” he says, “would be to talk to other farmers you can trust. Almost everyone has been through similar problems at some time in the past and there’s a tremendous knowledge base out there. We would certainly be happy to talk to any dairy farmers about the benefits of dip and rinse.”