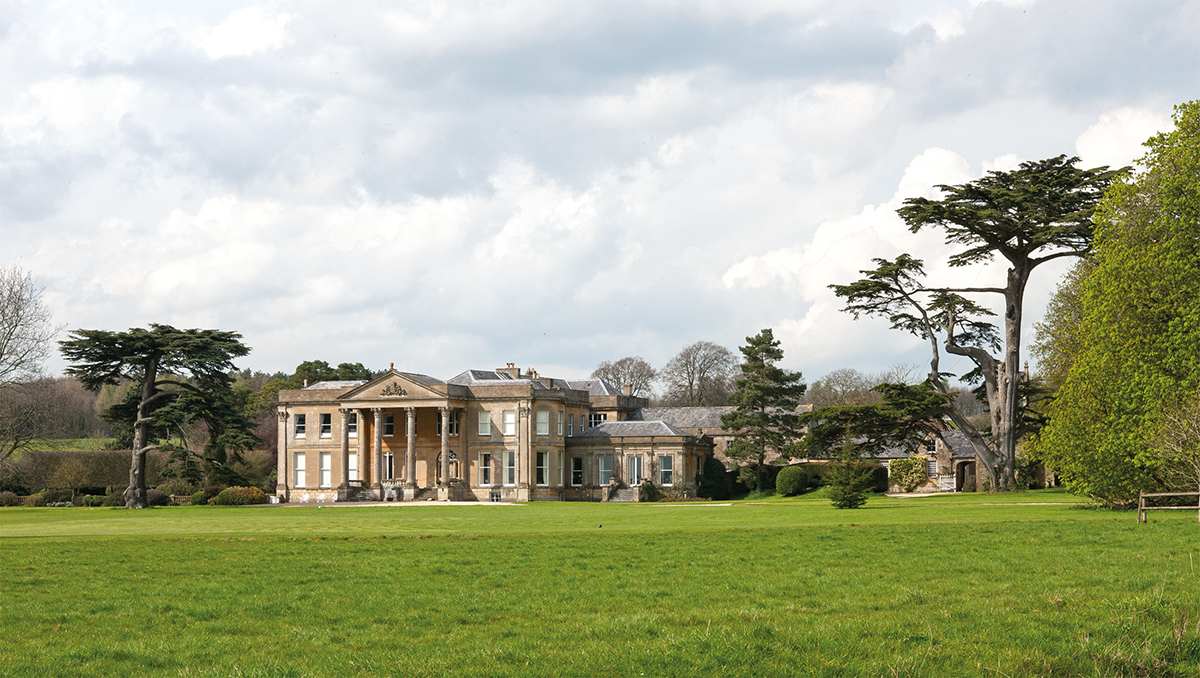 “In organic dairy farming it’s important to address health issues before they even arise.” So says Paul Redmore, Farm Manager at Neston Park Farm in Wiltshire where the 300-strong Jersey herd produces top quality milk which is processed locally, mostly into cream and butter, to be sold under the Ivy House Farm label in many premier stores including Fortnum & Masons, Harrods and Selfridges.

The Neston estate has been in the hands of the Fuller family – famous for their participation in the Fuller, Smith and Turner brewery in London – since 1790 when John Fuller built Neston House there. In 1910 John Michael Fuller MP was created a baronet and, in 1998, the present owner Sir James Fuller became the fourth baronet. Like generations before him, he has continued to develop the Home Farm, which in 1999 was certified organic by the Soil Association.

Today, cereals grown organically on the 1,400-acre farm are used to feed the dairy herd, while beef cattle and lambs are also reared on Neston’s pastures.

The economics of organic farming led to the decision in 2014 to double the size of the dairy herd, which in turn placed extra demands on the milking parlour. “We knew we would have to install a larger parlour in due course,” said Paul, “but in the short term we needed to maximise efficiency as well as being scrupulous in the control of cleanliness and potential cross-infection.
“That got us thinking about installing a modern dip and rinse system, so we went to the dairy team at T H WHITE. They showed us the AirWash Plus system which not only has an outstanding track record in improving hygiene, but uniquely can be fitted to any cluster with any liner. An added bonus for us was the ability to transfer the system from the parlour we had then to our new parlour when it was ready.”

So it was, two years ago, that AirWash Plus was installed in the old milking parlour at Neston Park Farm. “The difference was almost immediate; cell counts dropped from almost 300 to between 150 and 180 and the incidence of mastitis was greatly reduced as well. Not only that, but we saved about 15 minutes on every milking by not having to dip the teats manually – a genuine gain.”

Earlier this year T H WHITE completed the installation of a brand new 24/24 DeLaval milking parlour at Neston with a full Delpro computer system and smaller stalls to suit the Jersey cows. As planned, the AirWash Plus equipment was transferred from the old parlour and expanded to serve the additional clusters.

“The new parlour is superb – very open and airy which makes the cows much more relaxed,” Paul added. “I’m really impressed with the job T H WHITE did, everything was correct with no corner cutting; all-in-all a nice, tidy job.”

While on-site, T H White also installed 48 powerful LED light clusters in the two cow sheds. With 40 per cent funding from the Countryside Productivity Scheme, these lights enable daylight hours to be artificially extended which improves milk yields – yet another way of increasing the viability of organic dairy farming.