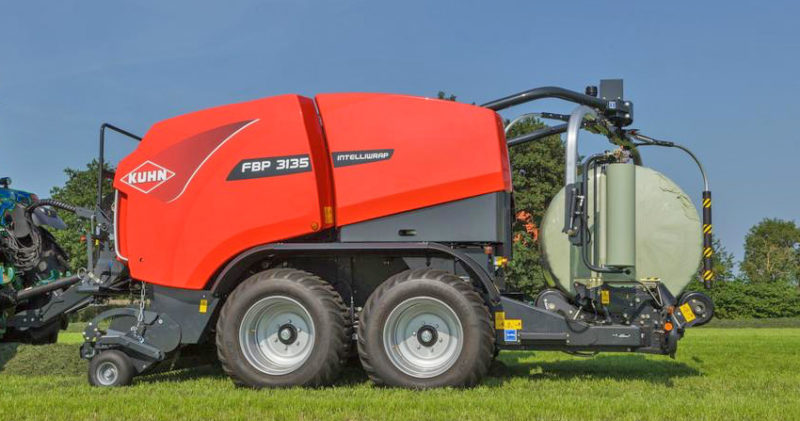 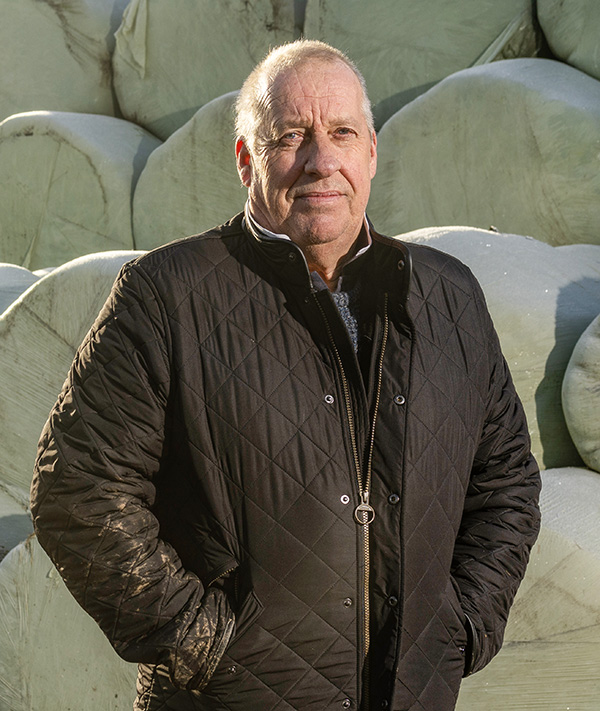 With over 2,000 round bales to make each year for his horse livery business and silage for his own herd of 180 his beef cattle, Rob John is striving for the best grass harvesting operation that he can achieve on his 440-acre farm at St Fagans, near Cardiff.

In 2020, he invested in a Kuhn FBP baler-wrapper combination, replacing his round baler and removing his reliance on a contractor for wrapping. It’s a move that has brought new levels of efficiency and introduced an all-important element of control to a job where timing is so often critical.

“We have about 200 acres of grass that we cut for forage, taking two cuts in the season,” says Rob. “We have a front and rear mounted mower conditioner combination and have our own tedder and twin rotor rake, so it was really only the wrapping where we needed outside help.

“Now, with the FBP baler-wrapper combination, we have full control of the process and can work quickly and efficiently to ensure we maximise the quality of the forage, whether that’s haylage for the horses or silage for the cattle. We’ve even wrapped some hay this year, just to remove any chance of it spoiling, and it’s coming out really well.”

Rob opted for the Kuhn FBP combination because of its reliable baling capability. With its heavy duty bale chamber with 18 integral steel rollers, it has produced 2,150 bales of all types made in its first season – all very solid and well formed. Rob has the FBP 3135 Opticut model, with 14-knife cutting rotor. By using seven knives at a time, he’s able to produce a chopped forage that is suitable for all his needs.

He’s also been impressed with the wrapping, with the FBP’s 3D functionality allowing optimum bale coverage and no areas of weakness that can lead to problems with air ingress. The real game-changer, however, is Kuhn’s film binding system, an optional feature on the FBP that removes the need for net binding and increases the overall sealing of the bale significantly.

Rob runs the FBP combination on a 185 horsepower tractor and, although the machine is ISOBUS compatible, has opted to have the Kuhn CCI control box fitted. This allows full control of baling and wrapping from the tractor cab. “We have the display all wired in so it’s just a case of plugging in and away we go,” he says. “When conditions are right, we can bale and wrap as many as 50 bales an hour.”

“We’re able to use the same pre-stretched film rolls for bale binding and wrapping, which is another area of time saving and efficiency. Also, having just one material to take for recycling is an advantage; it helps us to meet the requirements for farm assurance and must be better for the environment.”

If you are interested in making your baling more efficient, talk to your T H WHITE rep or our Kuhn specialists at any T H WHITE Agricultural branch.