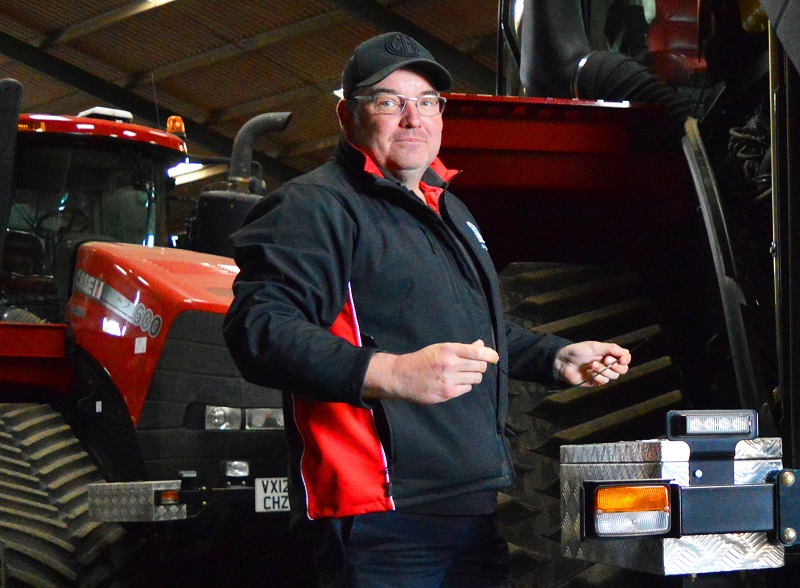 David Jones manages a 2300 acre farm partnership near Stratford-on-Avon and has always found the Warwickshire landscape rich in diversity. The key to his family-run farm’s success over the past 30 years has been a deep understanding of the surrounding clay and soil structures and how to get the best out of them – something he’s achieved with ongoing support and expertise from Väderstad.

“I’ve always been keen to learn and try new things and I’m constantly learning with Väderstad”, says David. “They have changed the way we farm, raising the standard of land preparation and getting the crops well established early on.” 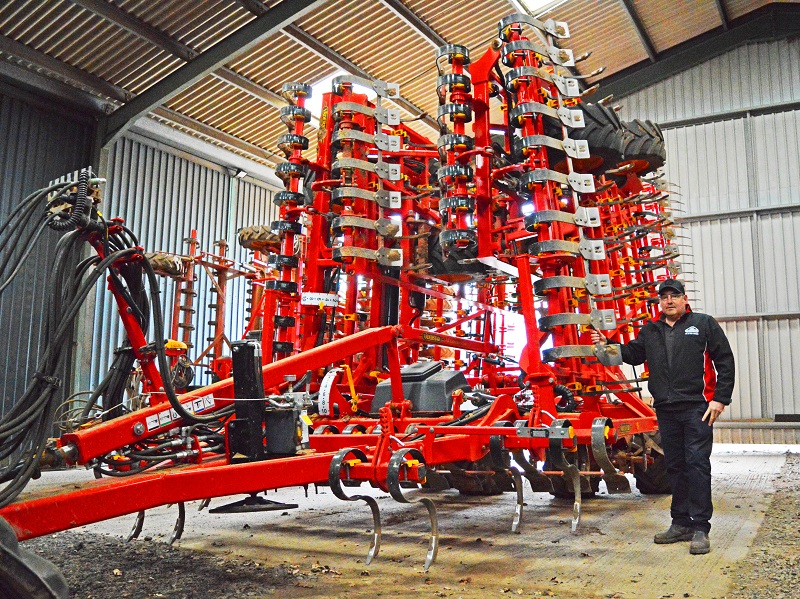 This collaboration has seen mutually beneficial results. As an early-adopter, David has made long-standing progress using Väderstad’s innovative technology. In turn, the Swedish machine manufacturer has been able to hone its drilling, cultivation and planting systems, thanks to some first-rate customer feedback.

Having initially experimented with alternative manufacturers, David quickly discovered the need for precise, reliable and efficient machinery that would improve results. The revolutionary drilling system from Väderstad was recommended by a friend and colleague in the early 1990s. 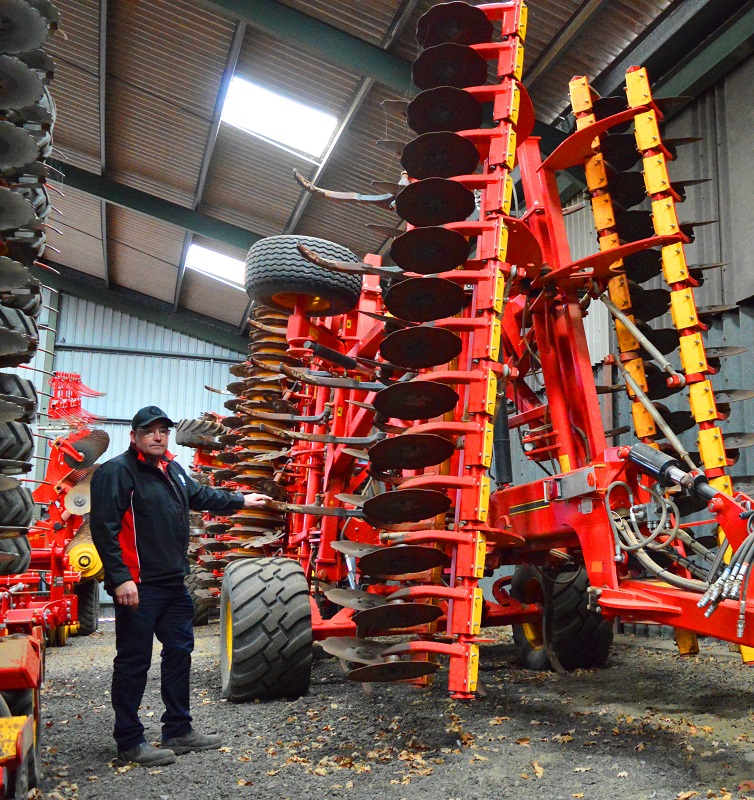 A Concord 6m drill was purchased in 1996 and was one of the earliest Väderstad seed drills to be imported into the UK. This was followed by a 6m Rapid in 1998 and then an 8m Rapid two years later. Case IH Quadtracs were introduced in 1999 to help deal with large, undulating fields and to expand on ways to reduce tillage. The need to work wider and quicker at the desired depth on improved soil saw the introduction of a prototype TopDown in 2001, followed by the first fleet machine in 2002 – a 7m model was then added ten years later. For David, drilling and seeding in one pass became an essential method for oilseed rape establishment from that point on. “The TopDown was revolutionary – as a combination cultivator, allied with the BioDrill, it became a drill and a roller, it planted efficiently and at a high speed. It became the most important piece of machinery in the fleet due to its sheer flexibility,” he says.

David and his team, along with many farmers at that time, provided valuable feedback that helped Väderstad develop their existing 80mm tine, as it was moving too much earth in the pass. A 50mm tine was released which improved overall performance but wore quickly when tilling harder, more consolidated ground. Subsequently, tungsten tips were introduced and then developed further, using a unique blend of steel grades. The Marathon Point was born in 2012 and has become renowned for greater durability compared with wear parts from alternative brands. It is this level of premium quality, evident in every aspect of the Väderstad offer, which David feels sets the Swedish specialists apart.

“The system is so impressive – the zone structure, its interchangeability, innovative design, build quality and compatibility with other machine manufacturers’ telematics – is what makes Väderstad leaders in their field,’” he says. 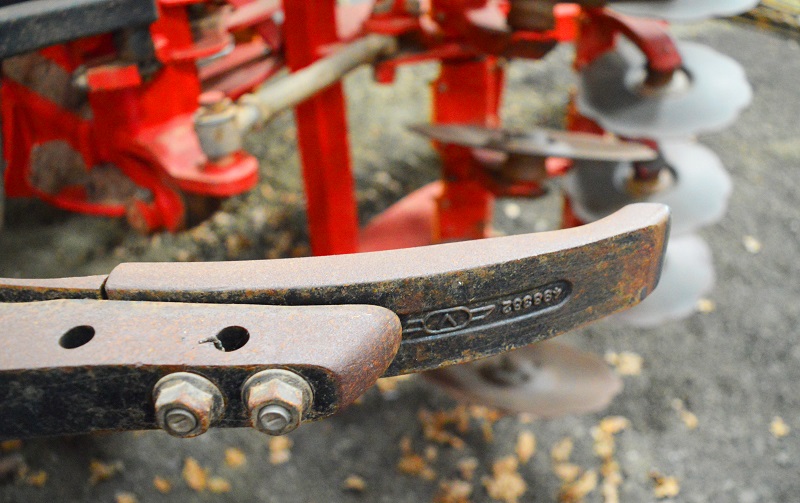 David has managed to utilise Väderstad’s extensive product range for a wide variety of combinable crops during a typical seasonal rotation: milling wheat, winter barley, oilseed rape, spring beans and salad – while using fallow periods to ensure good land drainage in the rotation and to restrict the spread of black grass. Again, David has found Väderstad’s expertise key in this area, as their systems are able to interrupt certain cycles, taking out harmful marsh weeds like black grass, without damaging the germination of valuable seed crops across specific soil depths. Utilising a different type of Marathon point design, the BreakMix point, has been key to achieving this – the unique design allows compacted soil to first be broken and then intensively mixed.

David acknowledges that the multi-stage TopDown concept, combined with the performance of highly durable wear parts, has resulted in significant productivity gains which easily offset the initial financial outlay on the equipment. This is in-part due to the wear metal holding its shape, maintaining the optimum rake angle for a longer duration. “Parts we were changing on a daily basis became weekly or monthly changes – making a huge difference to material costs and significantly reducing overall downtime,” he adds. 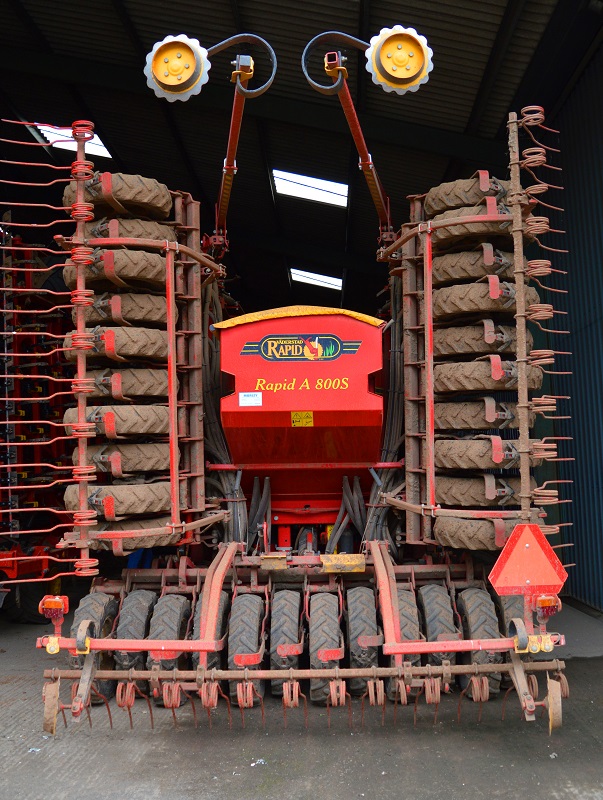 And like all successful partnerships, the learning and quest for continuous improvement never stops. Since 2010, Väderstad UK has paired up with David to offer world-class training and development courses for the younger farming community and next generation of farm operators in the UK.

Amazingly, David still finds time to learn new skills – aside from the farm’s daily demands, his passion for machinery has extended to competitive tractor pulling. Wringing every ounce of horse power from his turbo-charged tractors has seen him collect plenty of trophies. No surprises there however – maximising the performance of his machinery seems to come naturally, whether on or off the farm!

*Available from all T H WHITE Agricultural branches except Warwick, Stourport and Stockbridge.