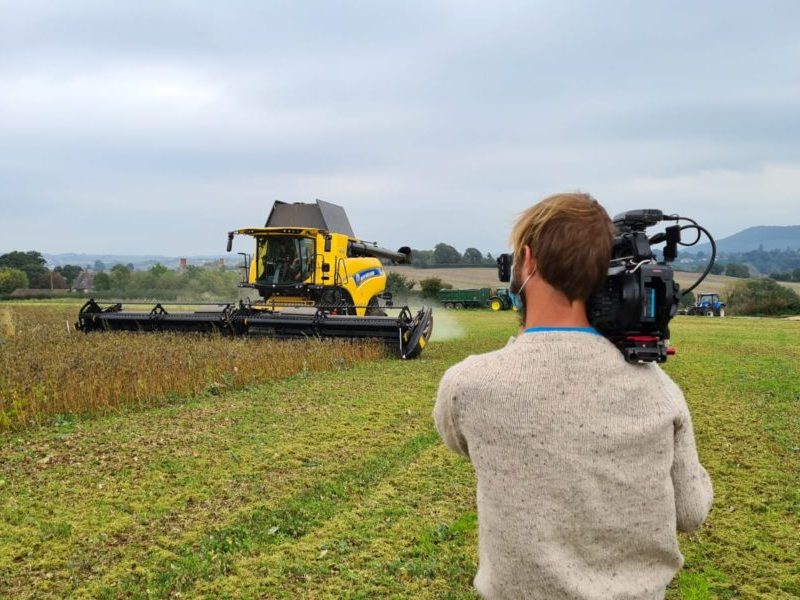 Long-standing T H WHITE customer Ally Hunter Blair will be featured in the TV documentary Born Mucky: Life on the Farm, to be screened on Discovery + and Quest on Tuesday 27 July.

The programme focuses on the reality of life for three British farmers as they work tirelessly to make a living from the land.

When Ally heard he was to be featured on the programme he asked if we would like to be involved and we were very happy to help. T H WHITE Toddington branch manager Colin Davies and the demo team went to Wye Farm with a New Holland CR8.90 combine harvester fitted with a MacDon FD135 header.

Ally has crops of wheat, barley and rape, but he also likes to try more unusual crops and this particular year he chose soya bean. On the show you will see how the MacDon header is ideal for soya, not only being able to pick up the low-growing first bean but also harvesting two or three times faster than his current header.

Also appearing in the programme are Ally’s two New Holland tractors – a T7.270 and T7.210 Auto Command fitted with full guidance (he’s a big fan!) and his Manitou MLT634.

The only thing that Ally’s appearance doesn’t do is bear out the ‘Born Mucky’ part of the programme’s title – the MacDon header makes such a clean job and fast work of things that there’s barely even a coating of dust on the combine!

It’s being screened on Tuesday 27 July at 9pm on Discovery + and Quest. Don’t miss it! 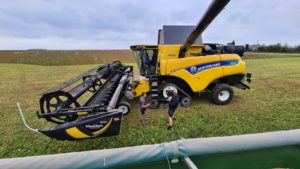 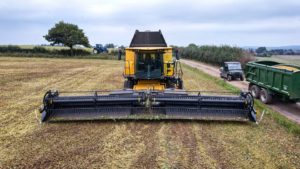 Agriculture, Getting Personal
Share this post:
T H WHITET H WHITE GETS DOWN AND DIRTY ON TV’S “BORN MUCKY: LIFE ON THE FARM”07.23.2021