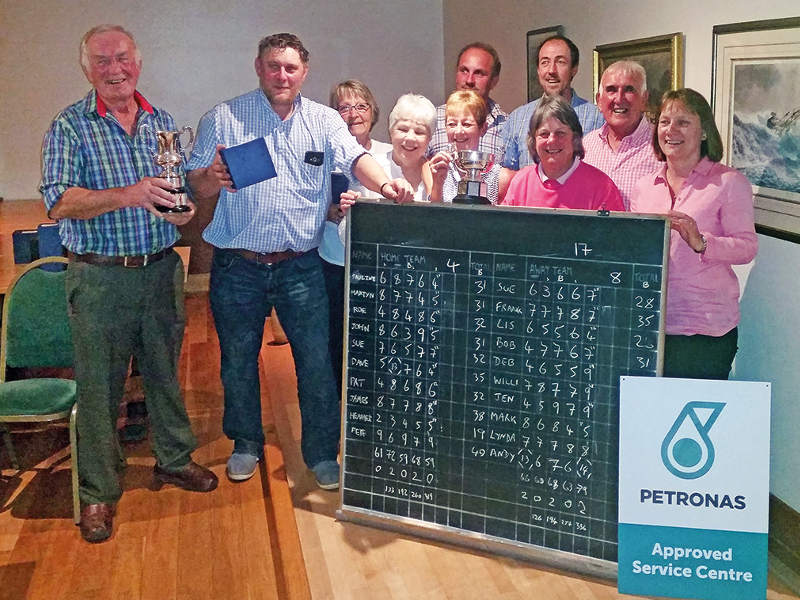 The final of the T H WHITE customers’ mixed skittles tournament was held at the Old Royal Ship, Luckington on Wednesday 24 May. The finalists were the Better Half from Dauntsey Lock, captained by Frank Collingborn, and Watts Wonders from Foxcote, captained by Bob Watts.

In the match, Watts Wonders took victory, winning by 8 points to 4 and 17 pins. Petronas sponsored the event this year and Alex Scott and Pat Smith presented the prizes. The male players were presented with engraved glass tankards and the ladies were presented with engraved wine goblets. This year the highest individual score was won by Bob Watts who plays for the winning team Watts Wonders with a top score of 60 pins.

I would like to thank Paul Derrick for keeping the score and to Helen and her team of Staff at the Old Royal Ship, for a good night. We would also welcome new faces next year, so if you would like to have a go, start planning your team now. We start the draw in September so give me a ring on 01454 238181 or email sm@thwhite.co.uk if you would like to join in.