A key element in the appeal of many British golf courses is the beautiful landscaping and topography. Leamington & County Golf club is a classic example – one of the very best parkland golf courses in Warwickshire.

But the undulating nature of the land and consequent drainage patterns can also present challenges, particularly during the long, hot, dry spells that are increasingly characterising our summers.

At Leamington, the grounds team were faced with areas of the course that drained freely and then dried out rapidly – to the point where it was becoming difficult to maintain the turf to the high standard demanded by the club. One solution could have been the installation of a buried irrigation system, but apart from the very high cost and the disruption of digging up parts of the course to lay pipes, it would not have delivered the instant flexibility of delivering water precisely when and where it was needed.

This is where T H WHITE was able to provide a solution. As part of the club’s continual investment, grounds manager Jason Cooper was discussing the equipment he would need for the coming season with T H WHITE Groundcare representative Lee Miles, when he mentioned the irrigation problem. Lee remembered that T H WHITE’s Agriculture Division is a dealer for Hi Spec tankers, widely used by farmers mainly for slurry applications. The Hi Spec range starts with a single-axle tanker of 800 gallons capacity; Its laden weight was within the payload capacity of a tractor the Leamington club already had, and on large, soft tyres, ground impaction would be minimal.

“It turned out to be the perfect answer,” says Jason.  “The tanker incorporates a pump driven by the tractor PTO which jets the water out onto a splash plate, creating a wonderful artificial rainstorm which covers about a 25m width.” 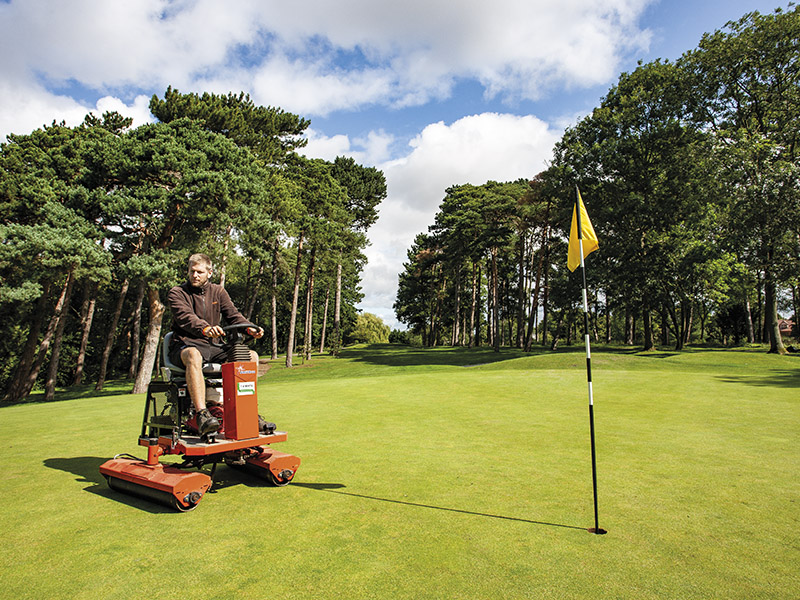 The club has a reservoir tank fed by a local water course from which the Hi Spec tanker can be filled in about seven minutes. “The 800 gallons is enough for about two minutes’ spraying on the fairways and in the recent hot spells we have been taking the tanker out up to 18 times a day,” added Jason. “The great thing is that we have been able to put water exactly where it is most needed, reducing wastage and achieving some very noticeable improvements on the course.”

Commenting on the innovation, Lee Miles said: “I was delighted to be able to offer a simple and effective solution. It’s also a great example of being able to call upon resources across the T H WHITE Group, sourcing a piece of kit that wouldn’t normally be in the Groundcare line-up.” 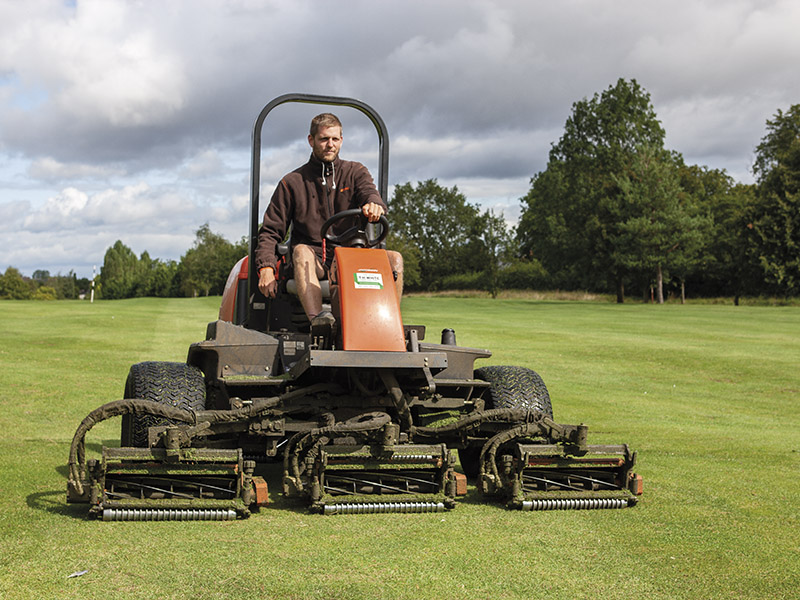 The new tanker is just part of the club’s investment this year to keep the 111-year-old course in top condition. This has included a new Jacobsen Fairway 250 mower, a Smithco Ultra Lite greens roller and a new Kawasaki 4wd Mule Pro DX UTV to augment the club’s 2007 Kawasaki Mule – still going strong!

If you have a question about Groundcare equipment please contact any T H WHITE Groundcare branch.