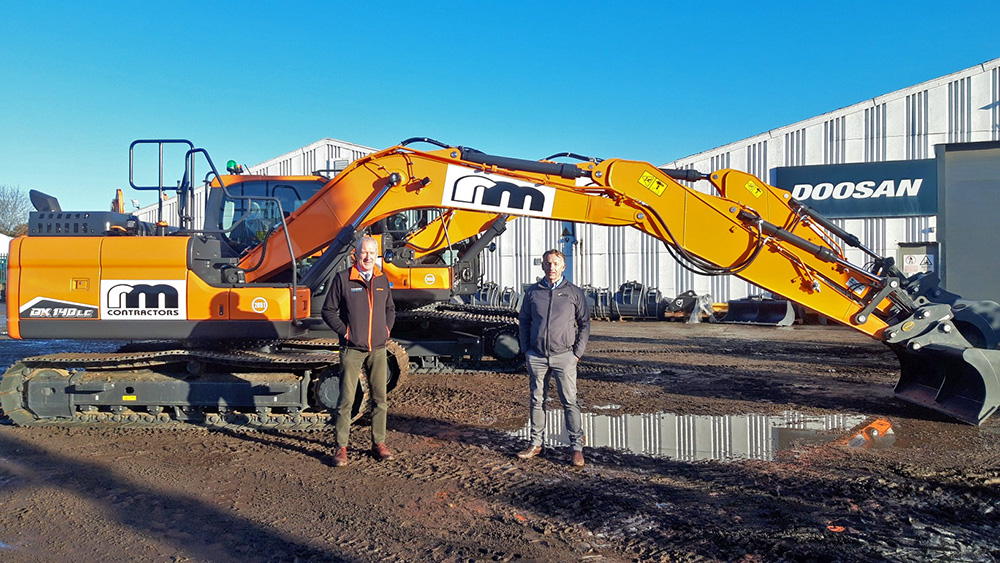 An order for 11 large excavators is significant by any measure, but even more so when it is placed by a new customer.

Redditch-based RM Contractors have been in business for 27 years, providing site preparation and groundworks for some of Britain’s leading housebuilders. The company’s sphere of operations stretches from Shropshire, Herefordshire and the Welsh borders, down to Bedfordshire and Oxfordshire in the south and Weston-super-Mare in the west. With continuous activity on multiple sites, RM Contractors operate a large machinery fleet.

“Earlier this year we were in need of new excavators as well as replacing some existing ones in our fleet  ,” said Managing director Chris Moen. “Due to supply chain issues with our usual brand, we were forced to look at alternatives. We decided to put a few different Doosan machines on trial with Andy Chatham of T H WHITE Construction.”

“We were very impressed by the Doosan machines, but it was the comments from our drivers that really made the difference, Chris added. “They loved the Doosans.”

Andy Chatham, sales director of T H WHITE Construction, said: “RM Contractors are a new customer for us so it was particularly pleasing to hear their comments about the Doosan excavators – and then to receive such a substantial order.”

“We will probably be looking for another 20 or more excavators in 2022, including more in the 20-ton+ range,” says Chris, “so if our first impressions about Doosan prove to be correct, we may be placing a further order.”