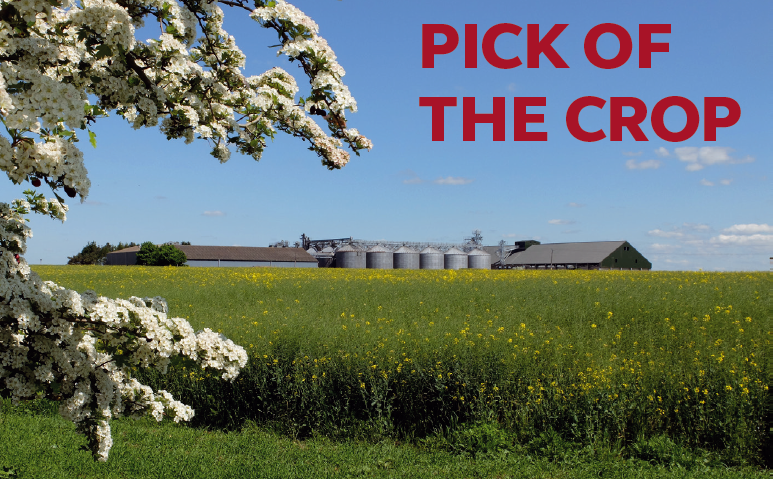 The T H WHITE Projects Division is now in the final stages of completing further and significant bulk materials handling and storage installations at Camgrain sites in the UK.

Camgrain operates four Advanced Processing Centres (APCs) which all come together in one coordinated operating unit to centralise collections from farmers and deliveries to customers within each area. The key regional locations of these sites enables Camgrain to offer customers a major efficiency gain throughout the marketing year.

T H WHITE has worked closely with Camgrain over the past 30 years on the design and construction of their stores, particularly at the original site in Linton, Cambridgeshire, which has seen much growth and expansion to make it a strategic part of the Camgrain infrastructure.

At the Stratford APC, which was first established in 1978 on an old World War II airfield before merging with Camgrain in 2012, a major upgrading and modernisation programme has brought it up to the latest standards with the introduction of new offices, weighbridges, automation controls, grain storage and bulk out-loading facilities.

The T H WHITE Projects Division has been involved in many aspects as the ‘Principal Designer’ and ‘Mechanical and Electrical Contractor’ over an eight-month design and build programme as the new 20,000 tonne flat store building has taken shape alongside the existing steel silo grain storage complex.

The new building, which has an approximate floor area of 30x100m, incorporates underfloor ventilation and temperature monitoring, and is fed by a new 200tph road intake conveying and elevating system. This features a belt conveyor and tripper carriage at high level in the apex of the flat storage building which distributes the cereal automatically to allocated areas.

During the recent Stratford site open day, the Camgrain Board and members were able to see for themselves the scale of their investment and the progress of the new bulk flat store together with the associated equipment and weighbridge/ office. There was also an opportunity to meet key members of the T H WHITE management team and suppliers who have been actively involved in the construction of this modern storage facility.

This extension to the current APC increases the overall on-site storage capacity by a further 18,000 tonnes and was completed on time and on budget with T H WHITE again acting as Principal Designer / Mechanical and Electrical Contractor, whilst working closely with the client and civil engineering contractor to deliver the project in a safe and timely manner.

At the Northamptonshire APC near Kettering, ongoing development has included a large smooth-walled hopper-bottomed silo for storing screenings, erected on steelwork to enable road vehicles to be filled from the new out-loading facility.

The silo design is smooth walled as opposed to corrugated which assists the easy flow of screenings which are renowned for bridging within the cylinder sections of vessels. The silo has sufficient capacity for two truckloads and is filled via a chain conveying system, whilst a rotating hydro screw auger arrangement is used for discharging to trucks.

At the original Linton site T H WHITE has worked very closely with the client on its overall appearance, conceptual design and the resulting phased development and growth since the mid 1980s. This year some conveying equipment has been replaced with more efficient machinery, while there has also been maintenance investment for the established site and cereal processing operation.

T H WHITE Projects specialises in grain processing and storage solutions of all sizes, from small farm installations to large commercial and industrial bulk facilities, taking each project from conception to completion. If you have a scheme you would like to talk about , please do contact us on 01380 723040 or email projects@thwhite.co.uk