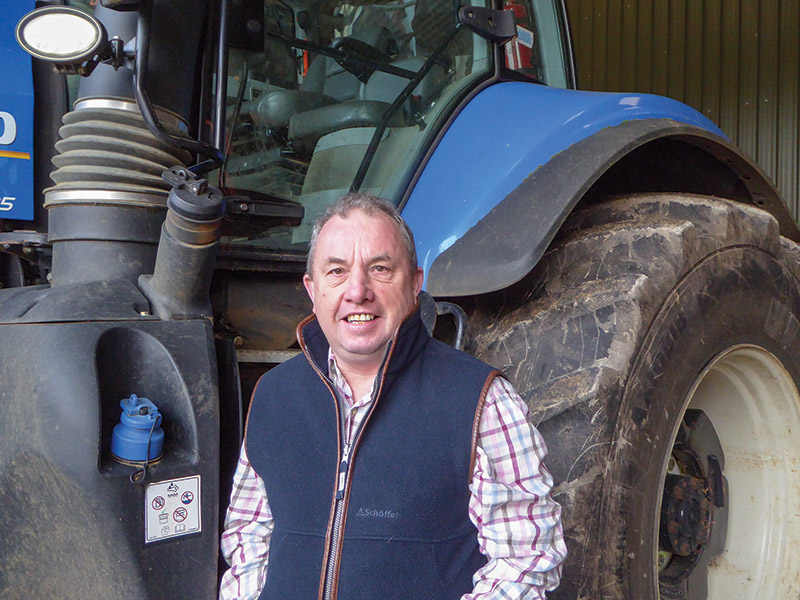 ON THE VERY DAY that Andy Taylor was celebrating 40 years of working for T H WHITE his postman delivered a pack of literature promoting retirement home living.

“Well, I’m not ready for that,” Andy laughed, “but one of my customers did remark that I might be better off just checking into the local abattoir!”

That lighthearted approach typifies a generosity of spirit that has made Andy a popular figure on the regional agricultural scene for the last four decades, as well as achieving the status of being one of T H WHITE’s most successful salesmen.

His remarkable depth of knowledge on farming and agricultural equipment might suggest that he came from a farming background, but that was not the case. “My dad was a builder, but I knew I didn’t want to follow in his footsteps doing that,” says Andy. “I spent a lot of my childhood on a local farm and was driving tractors by the age of 12. That led to banger racing, which is where I met John Earley who was then a sales manager at T H WHITE and went on to lead the Agricultural Division. John asked me if I fancied a job fixing tractors, so I started one-day-a-week work experience.

“They obviously thought I wasn’t too bad as, aged 16, I started a four-year apprenticeship at Sherston. At the end of that I was lucky enough to win the ‘Best Apprentice in the South West’ award which was presented to me at the Royal Bath & West Show.”

After ten years in the Sherston workshop, Andy’s potential talent as a salesman was spotted and he was asked to visit Mrs Carol Hatherell, the wife of a highly respected local farming family. Although he didnt know at the time, this was for an unofficial interview.  “She seemed to like me,” Andy recalls. “I didn’t swear or misbehave so I got the sales job!

“One thing I learnt very quickly is that it’s no good trying to sell things to a farmer out in the yard – you have to get round the kitchen table with a cup of tea and spread all the papers out. Over the years customers began to realise that it could be a big mistake to feed me too many cups of tea or chocolate biscuits as I might start turning up for breakfast, lunch and dinner too! Seriously though, I know selling is my job but it’s about so much more than that – it’s about helping people. If I can pinpoint what a farmer is trying to do and then help him to do that in a way that works and is affordable, I can then go away feeling that it’s a win for both of us – we have supported each other.”

2014 was a memorable year for Andy as he sold a quartet of the biggest machines offered by T H WHITE: the biggest combine, the biggest Quad-Trac, the biggest wheeled tractor and the biggest forage harvester. “That was a boom year…and I’m just as busy as ever trying to help farmers meet some of the huge challenges they are facing.” It’s not just farmers that Andy has helped – there are many younger salesman who have benefitted from his mentoring and experience who have gone on to success in their own rights.

These days Andy, his wife and three daughters live on a farm. “I’m really proud of my girls,” he says. “One of them works on the farm, the youngest is chairman of Malmesbury Young Farmers and the eldest is chairman of Wiltshire Young Farmers. The social scene is also a great way of doing business – it’s amazing how often when my Daughters’ are out shooting they are able to pick up new leads, the only downside is they ask for any commission!”

In recent years Andy has been able to extend his working area into Wales and once aqain has been welcomed by some lovely farming families.

“After more than 40 years in the job there’s only one thing I really want to say, and that is to give massive thanks to the farming community for all the help, support and encouragement you have given me. My job has been like no other, and it’s all due to the great people you meet in farming.” 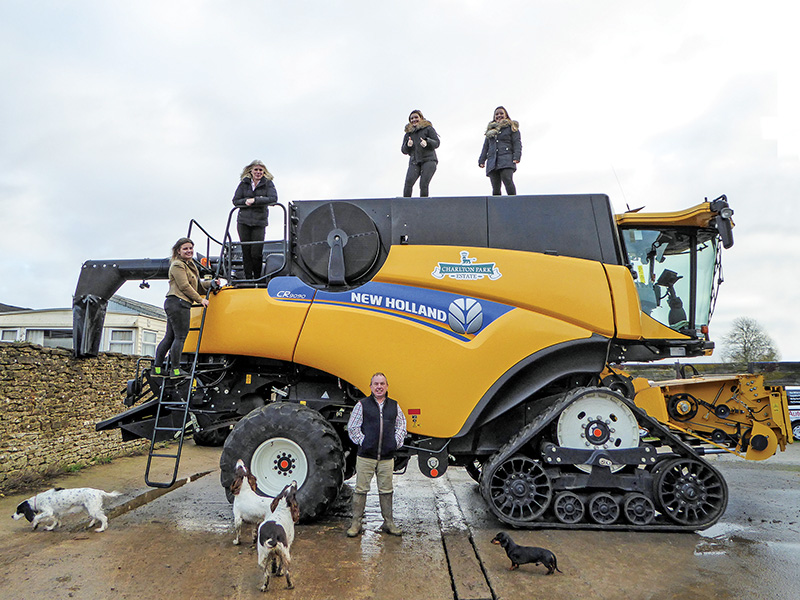 Andy Taylor, his wife, daughters and other members of the family on the farm.