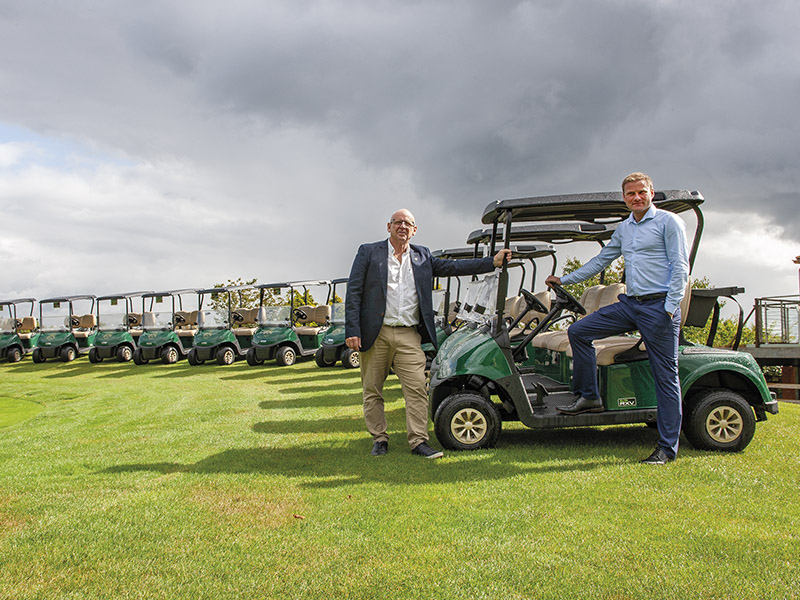 Sapey Golf and Country Club near Worcester has always been a ‘young’ club – young in years, having been established as recently as 1990 – and with a young clientele.

The main 18 hole course and adjoining 9 hole course were set out by the Preece family on undulating land with beautiful views of the Malvern Hills. Over the years trees have grown and matured creating breath-taking vistas across the parkland course which, combined with water features and an excellent clubhouse and restaurant has made it one of the most popular golf courses in Worcestershire.

In 2017 the Preeces decided to retire and the club was sold to Wyldecrest Parks. Significant new investment has been announced which will bring new facilities to Sapey, as well as lodges in the grounds so people can stay for golf breaks. The highly playable par 3, 6,000-yard course also has a new general manager, Paul Hubner, who has great ambitions to bring some major tournaments to the club, as well as broadening appeal among young golfers who represent the future of the sport.

“Young players are often pressed for time,” says Paul. “They have busy jobs and like to play a quick round of golf before or after work. Very much part of that is the convenience of having golf cars available to move around the course.”

The new investment at Sapey has enabled Paul to  replace the club’s entire fleet of golf cars and, following discussions with Simon Bingham of

T H WHITE Golf & Utility, he decided on what is probably the most advanced golf car on the market – the E-Z-GO RXV ELiTE with lithium power. In fact Paul was so impressed with the RXV ELiTE’s specification that he ordered 15 of them! 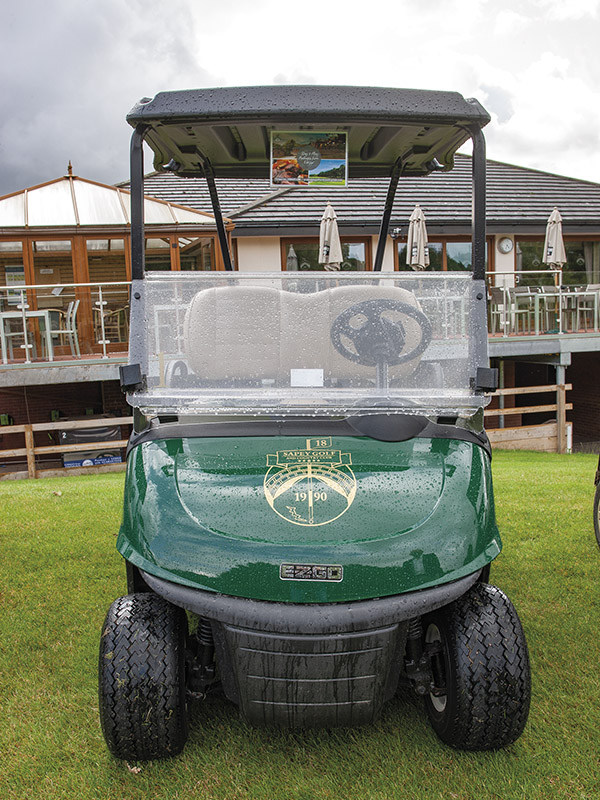 “The E-Z-GO RXV ELiTE is closely based on the hugely popular lead-acid powered RXV golf car,” explains Simon Bingham, “but E-Z-GO has teamed up with Samsung SDI to replace the lead-acid batteries with a zero-maintenance lithium battery system. Everything is literally sealed for life and the only maintenance accessory you will ever need is a can of WD-40!”

With an astonishing 15-stone weight saving compared to the standard RXV, the RXV ELiTE is 59 per cent more efficient. A full charge will deliver between 85 and 100 minutes running time and the lithium batteries can be charged  on-the fly at any time – a 20 minute charge lifting the battery status to around 80 per cent. That means the cars can always be powered up and ready to go, regardless of the length of the golfing day. An advanced battery management system monitors efficiency, temperatures, state-of-charge, and the health of the lithium batteries which are covered by a 5-year unlimited amp-hour warranty, while the whole vehicle is covered by a 2-year warranty. RXV ELiTE golf cars also benefit from a limited slip differential to eliminate wheel marks on the turf, as well as the patented Intellibrake system which brings added safety by stopping the car automatically if the driver’s feet are removed from the pedals.

Paul’s verdict is that the E-Z-GO RXV ELiTE cars are “a real winner with the club’s golfers.” If you would like to know more about E-Z-GO golf cars or utility vehicles, you can call Simon Bingham on 07813 835212, or email sjb@thwhite.co.uk.