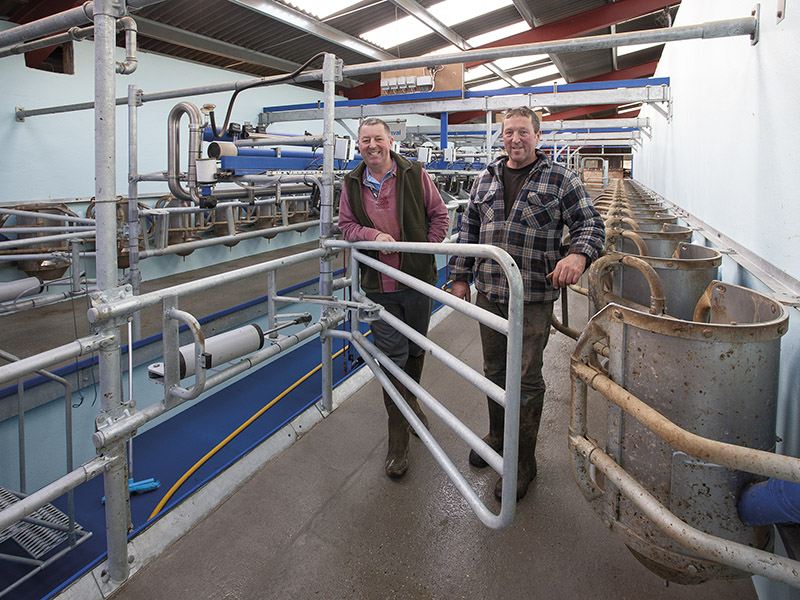 We last visited Whitchurch Farm near Ston Easton in February 2018 when brothers Tom and Jonathan Osborne were working with the T H WHITE Dairy team to finalise plans for a new milking parlour.

Now, bar a few minor details, the work is complete – and what a difference!  Alongside the cow shed that the brothers built in 2003 now stands a large and impressive new shed, one half of which houses the new DeLaval 20/40 50 degree herringbone parlour, while the other half accommodates calf pens.

The dairy is light and spacious – in complete contrast to the old installation which dated from 1976. “It has cut at least an hour off milking times,” says Tom, “which has made a huge difference to the way we can manage our time for other tasks.” 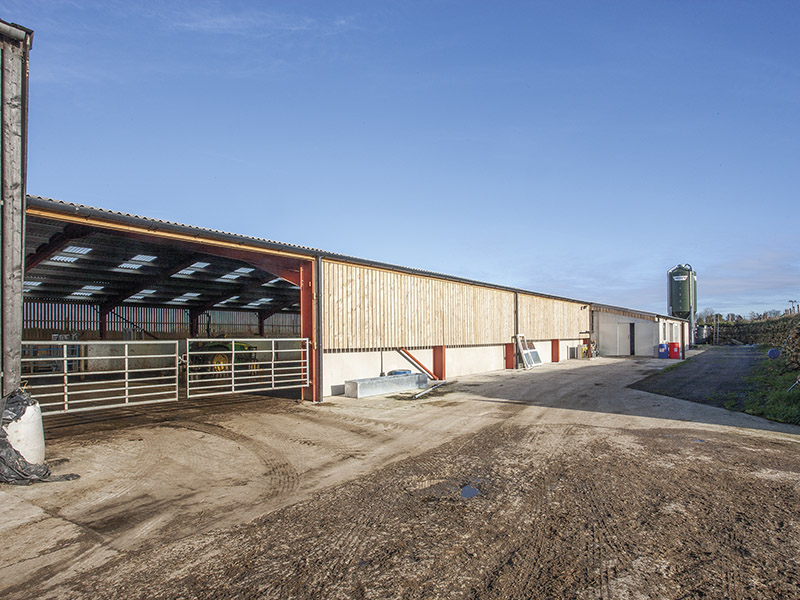 The construction team moved on-site in August 2018 and the new parlour was brought into use in April 2019. The Osbornes decided to stick with a herringbone parlour as it is best suited to the farm’s needs.

“We are milking just over 200 cows and the throughput with the new parlour is great,” says Tom. “We did briefly consider a robotic milking system but we have 120 acres of grazing land and our cows spend a lot of time outdoors, so we didn’t feel VMS would have worked for us. Going for a herringbone parlour also meant that the cows were familiar with the system and apart from one or two stragglers they took to it straight away. Within a few milkings they were literally running in!”

The new parlour is more spacious for the cows and is also fitted with the AirWash Plus automatic dip and rinse system which saves a lot of time and maintains top hygiene standards. “Although we have always had a healthy herd and low veterinary bills, our bactoscan and cell counts are now even better,” Tom adds.

All-in-all a job well done which has assured milking standards at Whitchurch Farm for years to come.