Good preparation is a key factor in ensuring a successful grass harvest and work is now well under way.

Many farms suffer from poor quality swards and limited yields even if they plough and re-seed regularly. Often this is caused by soil becoming compacted which limits water flow through the soil and reduces air interchange. Reasons for compaction can vary from gradual soil slump to the impact of heavy machinery. Over the years silaging and slurry spreading equipment has become larger and heavier, often causing deep compaction, while shallow compaction can be caused simply by the weight of animals on the soil. 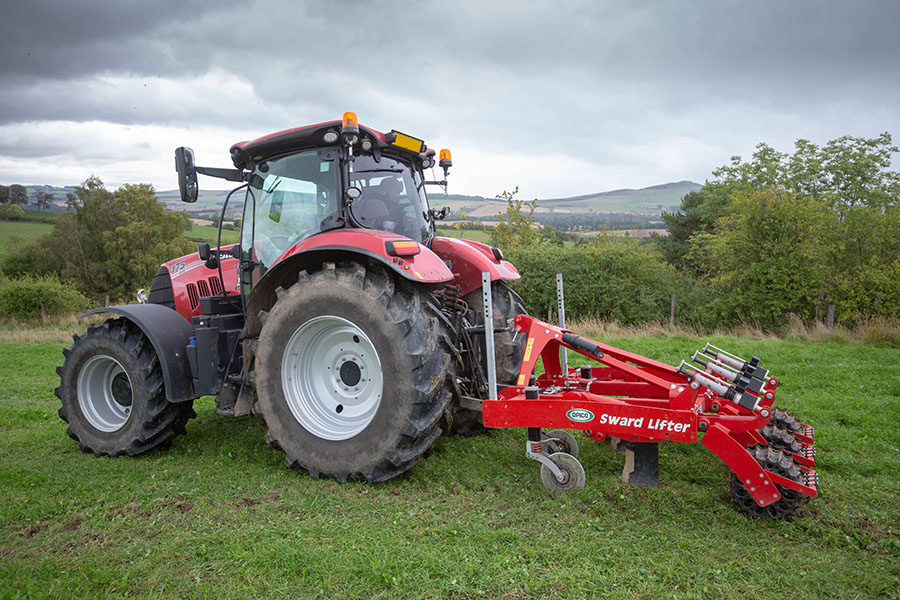 This is where the Opico Sward Lifter Grassland Subsoiler can make a real difference, being specifically designed to break up hard pans and surface compaction while lifting and opening up the subsoil creating improved drainage. The Sward Lifter features a cutting disc at the front to open up the turf, allowing the subsoil leg to travel through the sward without soil bursting onto the surface. Each of the Grassland Subsoiler’s legs are fitted with shear-bolt or hydraulic reset to prevent damage. Spring-loaded rollers are then employed at the rear of the unit to press the turf closed, leaving a surface that is level and ready for use 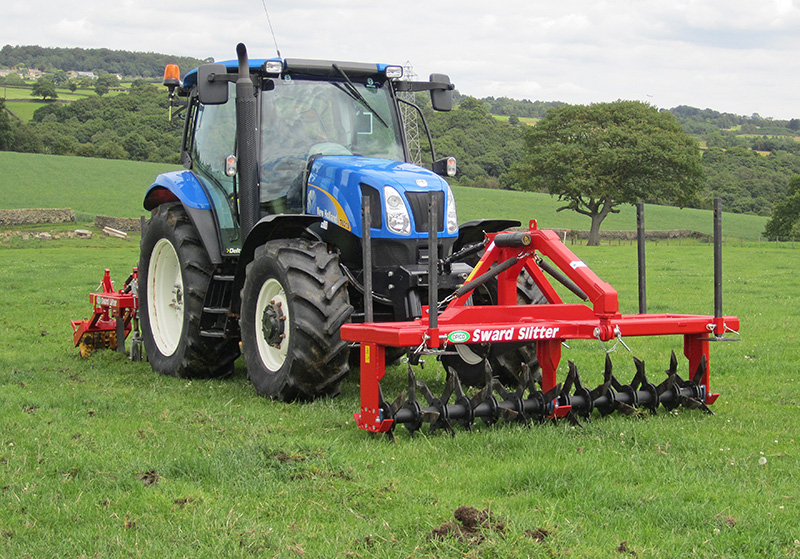 Aeration is just as important as good drainage, and the Opico Grassland Sward Slitter improves aeration of plant roots in the upper soil surface which stimulates grass and clover growth.

Aeration of the sward root zone is critical for a healthy ley. Slitting allows oxygen interchange through the soil surface and also encourages evaporation of moisture in the surface layer of soil so that it dries out more quickly to promote earlier growth in the Spring.

Although slitting or spiking of grassland is not new, OPICO has taken a fresh look at the design of the Grassland Sward Slitter’s blades and incorporated a chamfered trailing edge. This limits the turf damage when each knife comes out of the soil, leaving a better finish.

For help on preparing for improved grass yields contact your T H WHITE rep or any of T H WHITE’s Agricultural branches where our specialists are ready to give impartial advice.