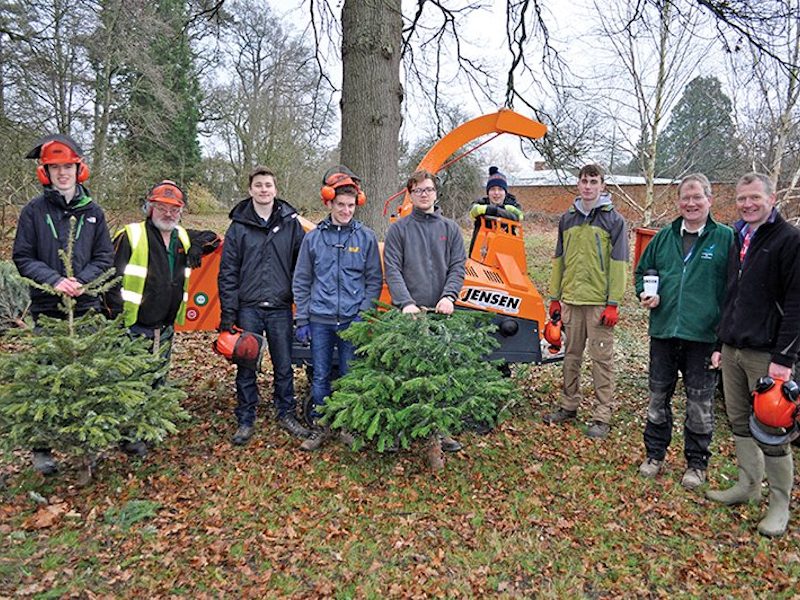 Jensen woodchippers were on hand in January to support an event which raised over £12,000 for charity.

Dorothy House, which offers end of life care to patients with terminal illnesses, and Wiltshire College joined forces for the second time for a Christmas tree collection and recycling scheme. In total, supporters and volunteers collected more than 1,500 real Christmas trees, 300 of which were delivered to Wiltshire College’s Lackham campus, which specialises in land-based training courses.

Wiltshire College students then had the chance to learn a new skill. Working with Bill Johnston from T H WHITE Machinery Imports, the students used Jensen’s best-selling A540 chipper to reduce all 300 trees while learning about the safe use of woodchippers.

Anthony Cockell, Head Gardener at Lackham, said: “It’s a privilege for the College to play a part in what is a fast-growing fundraising scheme for Dorothy House, also giving our students the chance for further training.

Steph Cox, a Community Fundraiser for Dorothy House said: “We are over the moon to have raised £12,800 – twice the amount raised last year! It’s great that the Christmas trees have also benefitted students at Wiltshire College, who have not only learned how to chip trees, but have also achieved the best use for them.