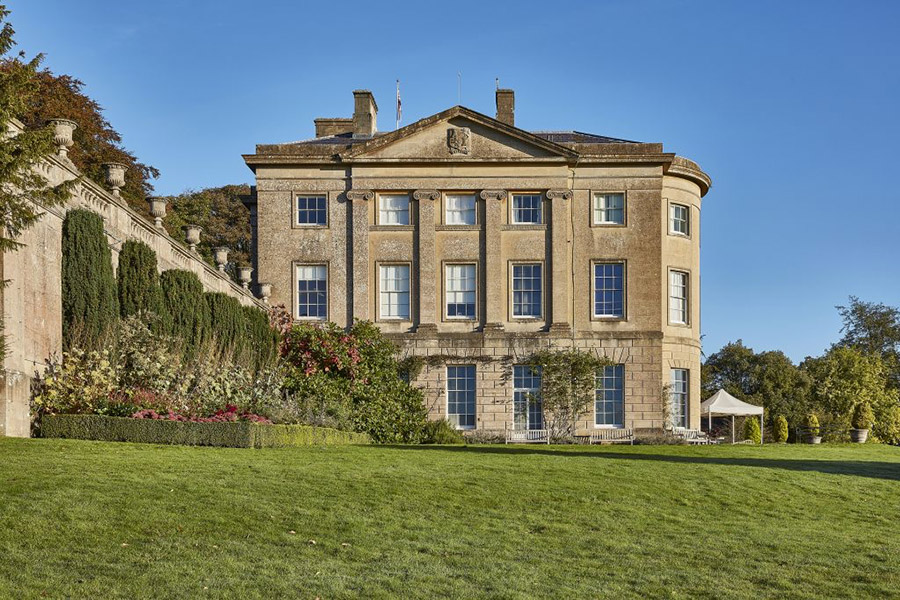 The American Museum and Gardens at Claverton Manor, Bath, is a unique Grade I listed manor house dating from 1820, which is home to the only museum of Americana outside of the United States.

The rarity of the collections, as well as the historical importance of the building, meant that first rate fire protection is essential. The Trustees knew that the existing system needed to be replaced by a modern installation and the museum’s annual closure provided the ideal opportunity to carry out the work.

Wireless fire detectors caused minimal intrusion on the fabric of the historic building.

T H WHITE Energy, Fire & Security was contracted to install a new fire protection and video surveillance system covering both Claverton Manor and the museum’s exhibition gallery and ancillary buildings which had previously been covered by multiple, separate systems. The installations were designed to provide full protection with L1 coverage (over 200 devices), also being networked to create a single, site-wide system.

Luke Roche, T H WHITE’s Area Sales Manager for Fire & Security, explains the detail: “For the Manor House we planned a new hybrid wired and wireless addressable fire alarm system, while the exhibition gallery would have a new wired addressable system, networked to the system in the manor house. The fact that the new installation would be ‘addressable’ means that the exact location of any fire would immediately be indicated, minimising the time needed to pinpoint it.”

Working closely with the Museum’s Estate Manager Matt Amos and Chief Curator Kate Hebert, a programme for the install was carefully curated with the T H WHITE engineers. The timescale for the installation was dictated by the closure of the museum, but as the effects of the pandemic began to hit the worldwide supply chain the T H WHITE team found themselves waiting for some of the hardware. “The wireless equipment took almost five months to reach us,” says Luke, “but the engineers were able to accommodate the delay by concentrating initially on the areas for which we did have kit. The supply problem resulted in the deadline for completion of the work being missed by a narrow margin, but our team did everything they could do to ensure they avoided disrupting public access to the museum – working before and after opening times to complete the installation.”

The engineers had to exercise great care when working near and around the museum artefacts, while the use of wireless systems avoided any intrusion on the fabric or decor of the building. Following completion, it was minuted at the museum’s management meeting that the two lead engineers – Ryan Long and Martin Dickinson – were “the best contractors” they had ever worked with, being “very thoughtful and respectful” of the museum and its displays.

The final part of the installation was a wired 4K VSS (CCTV) system allowing entrances to the site, the café and manor house to be monitored in 4K clarity.

If you are considering installing fire, surveillance or access systems, particularly in a sensitive environment, talk to the T H WHITE’s Energy, Fire & Security team on 01380 726656, or email your requirements to alarms@thwhite.co.uk.  Visit efs.thwhite.co.uk for more.