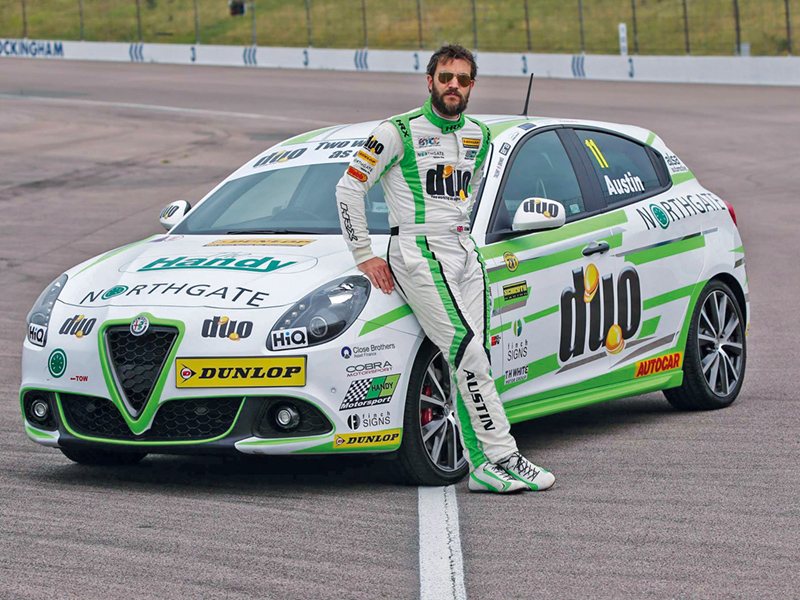 Alfa Romeo is returning to the British Touring Car Championship (BTCC) for the first time since 2007, thanks to an alliance for the 2018 season between the T H WHITE Motor Group and Handy Motorsport.

The management team at T H WHITE’s Fiat Group Brand Centre in Swindon has been working hard with Swindon based Handy Motorsport – owned by former BTCC driver Simon Belcher – to
bring off the deal which will see an Alfa Romeo Giulietta driven in the 2018 Championship by the team’s hugely successful fan favourite, Rob Austin.

A preview of what we can expect was given in mid-September when T H WHITE’s Giulietta Veloce demonstrator, suitably ‘wrapped’ in team sponsor Duo’s colours, was unveiled at Rockingham Circuit in Northhamptonshire on 14 September for a photo call with Rob Austin, which was broadcast on ITV4. The Giulietta has since returned to Swindon where it was due to take centre stage in a special dealership event for all BTCC fans on 23 September, just as this issue of White’s World was going to press (more photos next month!).

Paul Doick, General Sales Manager at T H WHITE Swindon, added: “I have known Simon Belcher for many years and we have been working together to deliver this project. I am confident now that this alliance with Handy Motorsport will show just what Alfa Romeo is capable of and continue to build the massive public interest in this brand which has such a proud motorsport history. There are very exciting times ahead…

We look forward to seeing the stunning finished Giulietta on the grid in 2018! 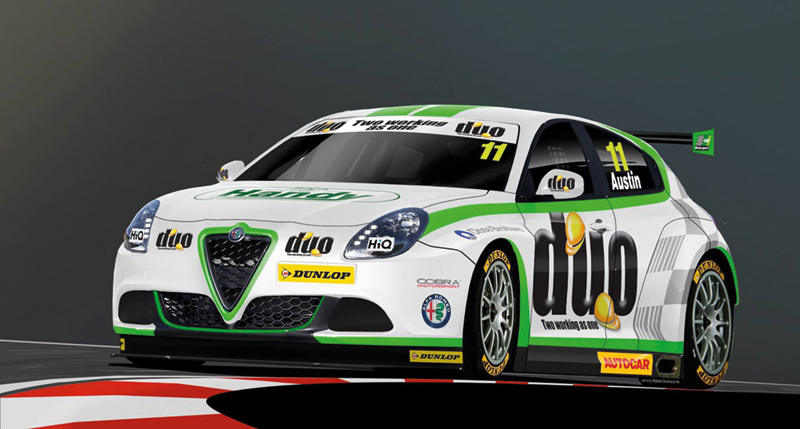