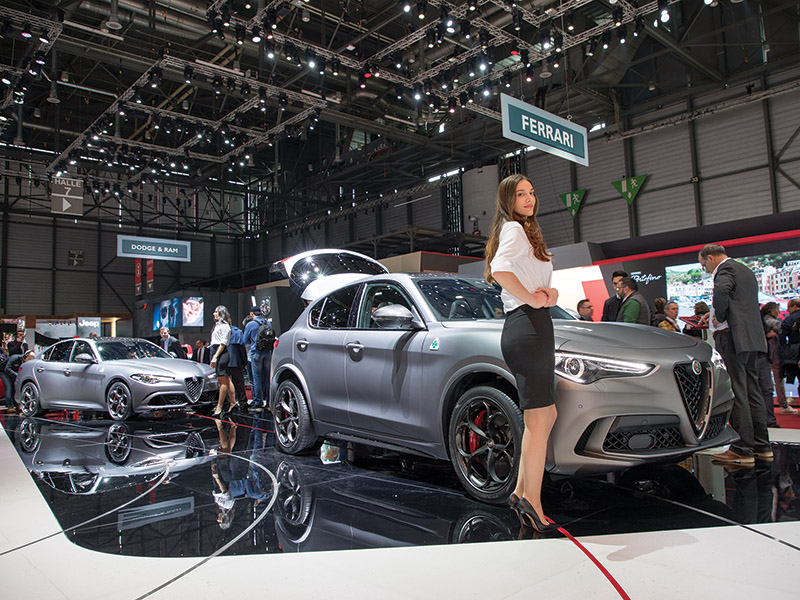 The Geneva International Motor Show is one of the foremost events in the motor industry calendar, traditionally hosting the launch of some of the world’s most extreme supercars.

This year’s event in March was no exception, with impressive launches from McLaren, Maserati, Aston Martin and many others. Rubbing shoulders with such rarefied names was Alfa Romeo – in fact the Alfa Romeo stand was right next to Ferrari, highly appropriate as many of Ferrari’s advanced technologies have been carried over to the latest generation of Alfas to create stunning cars that non-millionaires can aspire to!

On the stand two special editions were attracting even more attention than the exotica next door – NRING editions of the Stelvio and Giulia. Finished in exclusive Circuito Grey paintwork, each was built to celebrate the fact that they are the fastest production SUV and four-door saloon to be recorded around the famous Nürburgring race circuit in Germany.

These specials are quite something. Based on the high performance Quadrifoglio models, they are embellished with carbon detailing on the grille and door mirrors, black wheels, carbon ceramic brakes, and carbon-shelled Sparco sports seats.

Sensational as they are, these ultimate Alfas are unlikely to be the purchasing choice for most people, but new options for standard Stelvios were also revealed at Geneva, such as a Performance Pack which includes Alfa’s adaptive suspension, aluminium paddle shifters and a locking rear differential. 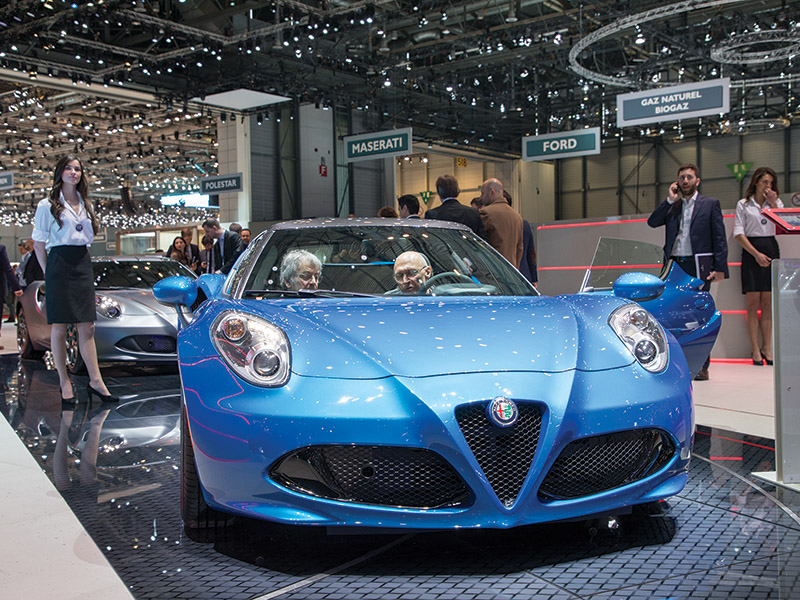 Elsewhere on the stand new variants of the Alfa Romeo 4C sports car were unveiled, one of which was the 4C Italia special. Based on the 4C Spider, it is finished in Misano Blue paint with yellow brake calipers, plus new ‘Spider Italia’ decals behind the doors. An Akrapovic exhaust also features, as does yellow contrast stitching in the cabin and an Alpine premium audio system.

You can soak up some of the stardust from Geneva at T H WHITE’s Fiat Group Brand Centre in Hillmead, Swindon where the Motor Group team will be happy to give you your personal motor show, with test drives available too.