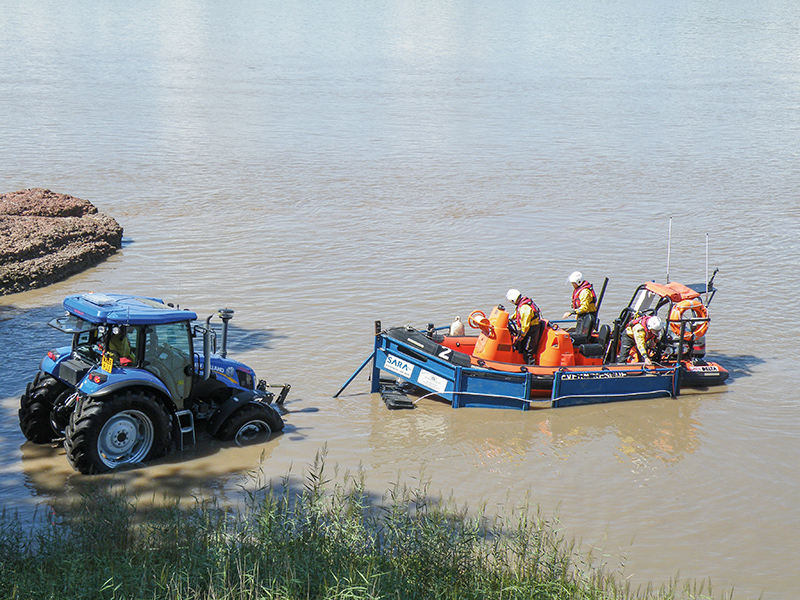 In August, T H WHITE delivered a new tractor that took our Agricultural Division into new territory – the sea! The New Holland T5.105 was supplied to the Sharpness Lifeboat station of SARA, the Severn Area Rescue Association, which provides marine and land search and rescue services for Gloucestershire, Hereford & Worcester, and Gwent.

SARA operates three lifeboat stations at Beachley, Newport and Sharpness and is tasked by HM Coastguard to provide inshore lifeboat operations in and around the Severn Estuary, including the tidal lengths of the rivers Wye and Usk. In 2008 a new slipway was opened at Sharpness Lifeboat Station to enable fast launches using a tractor coupled to a launch ‘cradle’. Since that time a faithful but ageing Ford tractor had been in use, but the time had come to replace it.

Every time the lifeboat is launched or retrieved the tractor is required to wade into several feet of water which, as the Severn is one of the most tidal rivers in the world, is salt sea water. The corrosive effects of this had become very apparent on the old tractor, so one of the main challenges was to make the new tractor fully ‘marinised’.

As a Gloucestershire New Holland Dealer, T H WHITE was chosen to carry out the work, which was undertaken at the Knockdown branch.

“We had never tackled a project like this before, but our team really relished the challenge,” said Divisional Director Pat Smith. “The job involved a complete strip-down of the tractor. All components that could be galvanized were, the main transmission was spray painted with specialist protective coatings, the air intake for the engine was raised and different coolers were fitted.”

The new tractor was unveiled at the Sharpness Lifeboat Station open day on 13 August and it was soon in action, launching the Station’s No. 2 lifeboat on 24 August to assist a drifting vessel.

You can find out more about SARA and the lifesaving work it does at www.sara-rescue.org.uk. 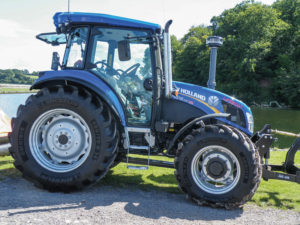 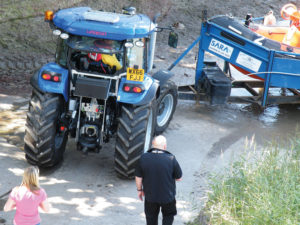 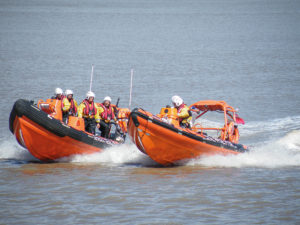