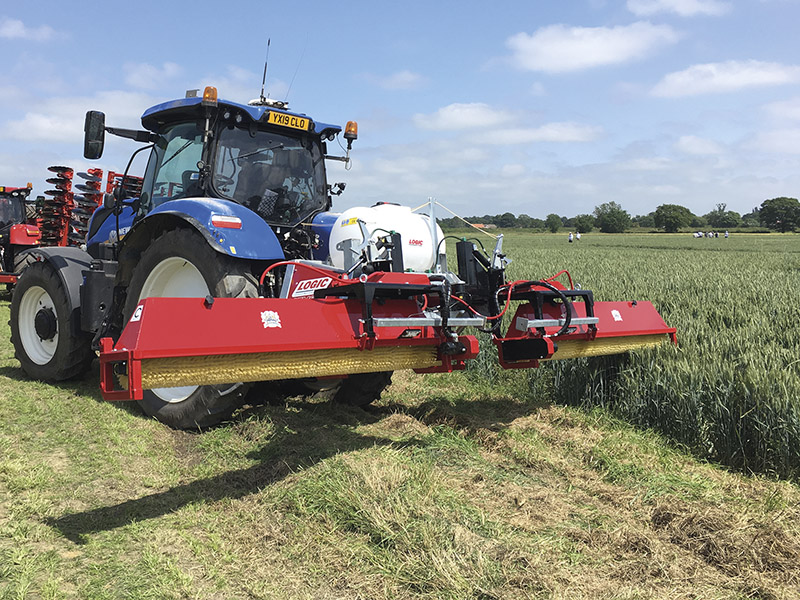 Black grass is a serious issue for British arable farmers. As well as being tenacious once established, the weed is being introduced onto ‘clean farms’ across the UK via straw, imported manures, machinery, or even through purchased seed.

Fortunately there are a number of ways in which farmers can tackle this challenging weed and the most successful regimes usually involve a combination of cultivation and chemical control. The need to avoid these plants building-up herbicide resistance is important and so in the Väderstad supplement with this issue of White’s World we have looked at new cultivation techniques which can minimise chemical application.

But one of the difficulties facing farmers is that 80% of black-grass emergence occurs from August through to October. That would be the time when it could be destroyed most easily, but more than half winter cereal and most oilseed rape crops will have been sown before the end of September, meaning that the majority of black grass plants now emerge within crops.

Logic’s CTM600 Contact 2000 weed wiper provides an innovative answer, being designed to apply glyphosate direct to the target species during the active growing period in May to July when there is an adequate height differential between the main crop and black grass. By accurately setting  the working height of the machine’s unique, contra-rotating brush, only the weed plants are targetted with a liberal coating of chemical, ensuring rapid and effective weed control while eliminating chemical wastage and leaving non-targeted plants untouched.

Designed for mounting on a tractor’s three point linkage, the Logic CTM600 has a 6m working width and a 270-litre on-board chemical tank to sustain work rates of between 13 acres (5Ha) and 20 acres (8Ha) per hour. Not only does this method achieve significant chemical savings, it also minimises unwanted environmental effects.

The Logic CTM600 requires 2 double acting spool valves with a minimum hydraulic oil flow rate of 50 litres per minute.  One pair of spool valves is used to drive the brush rotation motors and the second is split using the hydraulic function controller to operate the outer boom, break back and raise/lower features. A 12v electric pump supplies the chemical at a controlled rate via an in-cab control unit, ensuring the correct saturation of chemical on the brush, depending on weed density. An override button can be used at any point to deliver extra chemical to the brush for treating more dense area of weeds. 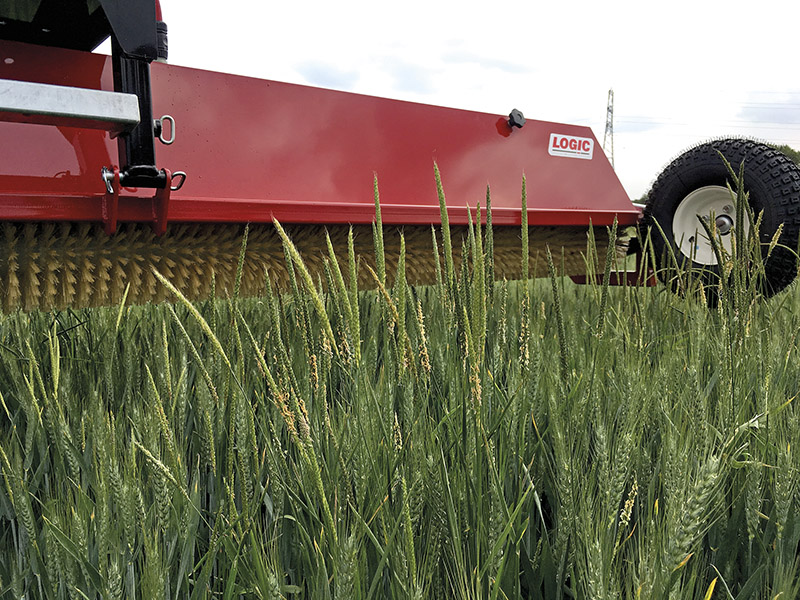 CTM600 IS EFFECTIVE ON THE FARM

Farm manager Luke Hargrave is responsible for 1,000ha of arable land W H Strawson (Farms) Ltd, where black grass has become a major problem. As part of his strategy to keep on top of it he took delivery of a Logic CTM600W in May 2018 and put it straight to work.

“It’s superb,” he says. “The effective brush design ensures maximum herbicide take up by the weeds and the hydraulic nozzle application to the brush makes it fully controllable. It kills 95 per cent of any black grass in a single pass, with minimal chemical used.“We wait until the black-grass is just above the wheat with enough leaf exposed to guarantee positive contact, but before seeds are viable.”

Treatment areas range from patches to whole fields and the farm’s RTK network ensures accurate coverage. The 6m working width means additional wheelings are created where treatments have to be made, but according to Luke the benefitsfar outweigh any additional costs.

“We calculated the additional crop area run over by the tractor on rowcrop wheels and it’s minimal compared either to the risk of black grass maturing and spreading its seeds, or sacrificing affected crop areas by spraying it off with a conventional sprayer.”

Using the contact fits in well with the farm’s environmental policies, significantly reducing chemical use. “We comply with label and manufacturer dilution rates and the on-board 270-litre tank lasts more than a day. It doesn’t drip, we can accurately match the application rate to suit the weed population and we know exactly what we are putting on. The tractor runs at tick-over most of the time so fuel use is negligible. The Logic CTM600W has given us an opportunity to tackle our biggest weed problem effectively with minimal chemical use while saving the crop.”