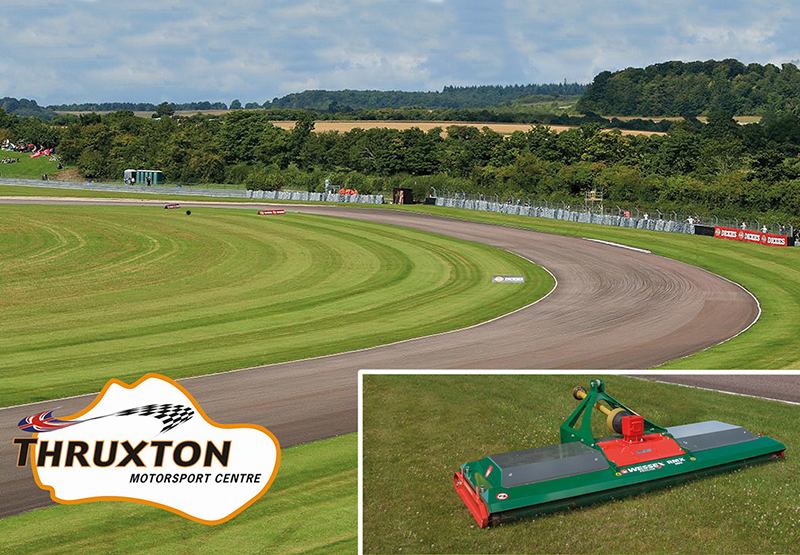 Spectators at motorsport events understandably spend most of the time with their eyes glued to the track action, but we should spare a thought for the enormous amount of work that goes into keeping the surrounds of a circuit looking their best – such an important aspect of the setting for many of the UK’s best known venues.

Like so many British motorsport circuits, Thruxton – near Andover in Hampshire – started life as a World War II airfield. It was from here that support operations for the D-Day landings were flown, as well as being the departure point for paratroopers who took part in Operation Biting in 1942, during which German radar equipment was seized near the French coast.

The circuit we see today was established in 1968 and follows the line of the airfield’s perimeter road. The infield still hosts a busy airfield and this, plus planning restrictions governing noise, mean that racing can only take place on 12 days each year. Nevertheless, as the UK’s fastest circuit Thruxton is a special place for motorsports enthusiasts and it hosts the British Touring Car Championship in May and the British Superbike Championship in August, among others.

The task of maintaining Thruxton’s grass areas is the responsibility of operations manager Pat Blakeney.

“The trackside areas are important for presenting the circuit at its best as well as providing safe run-off areas for competitors who may get into difficulties,” he says.

“Those are the areas that are most in public view, but we also look after the parking fields as well as the large grass areas in the centre of the circuit and around the airfield. In total it’s about 250 acres.”

Despite the size of the challenge, the limit on the number of racing days has always meant that Pat has had to work with a relatively small budget – the backbone of his kit is one tractor and a tractor mounted mower. After the tractor had been replaced earlier this year Pat’s thoughts turned to the mower: “We had been using a Cutlass Topper which was coming up to 15 years old. It had given good service but it needed to be replaced and we were looking for something that would enable us to cover the ground quickly and also give a good finish.”

Research suggested that a Wessex Proline roller mower – which happens to be made in Andover – could be the answer. After T H WHITE had given a demonstration Pat’s mind was made up and at the beginning of July he took delivery of a Wessex RMX- 300 rigid deck roller mower. He was immediately impressed: “This is the largest rigid deck mower in the range; with a 3m cutting width it helps the team to cover the acreage while the front and rear rollers give an outstanding striped effect – it’s great!

“It was also very nice to deal with T H WHITE again as I started my career by serving an agricultural engineering apprenticeship with them back in 1980. It’s strange how things so often go full circle.”

Wessex Proline roller mowers are available in widths from 1.8m to 8m to cover almost any application. To arrange a demonstration just contact any T H WHITE Groundcare branch.