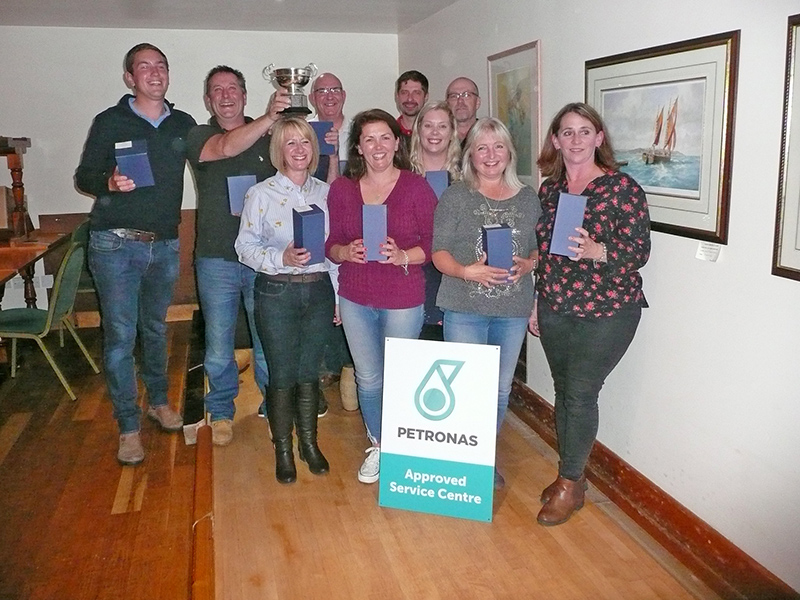 The final of the T H WHITE customer mixed skittles tournament was held at the Old Royal Ship, Luckington on Monday 7 October 2019. The finalists were the Deverill Boyz ’n’ Girlz from Horningsham, captained by Eric Down and the Cavaliers from Great Somerford, captained by Richard Greenhill.

In the match, the Deverill Boyz ’n’ Girlz took victory, winning by 8 points to 4 and by 2 pins. The team has dedicated the game to Graham Few who sadly passed away earlier this year.

This year the highest individual score was won by Andrew Day who plays for Deverill Boyz ’n’ Girls with a top score of 46 pins.

I would like to thank James Minty for keeping the score and to Helen and her team of Staff at the Old Royal Ship, for a good night, which was enjoyed by everyone.