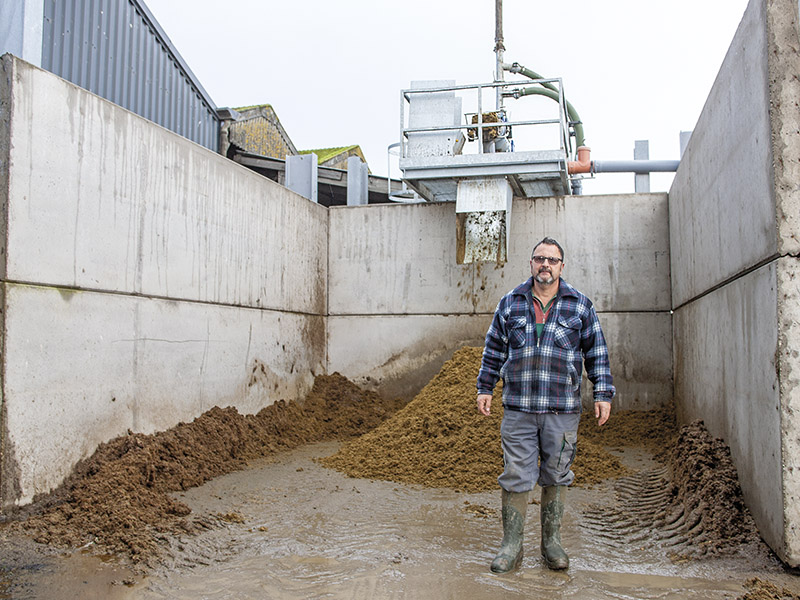 Dairy farming is a business that requires acumen and foresight to achieve the optimum balance between production, environmental impact and profitability. At Park Farm, Beaulieu, Arthur Rolf has been applying these skills while also moving the farm towards greater self-sufficiency.

One of the areas he has addressed recently is slurry handling: “All dairy farmers have to decide how best to deal with large quantities of slurry. We knew we wanted to make it work for us and we also wanted to maintain good environmental standards.

“We were vacuum-tanking our slurry onto maize ground, but we knew that separating the solids and liquids would make it easier to handle, improve environmental control and result in products that had a value to us. That was when I called Bob Gallop at T H WHITE.

“Bob really knows his stuff and is always prepared to get stuck into a challenge, so when he recommended a Bauer mixer and a FAN separator pump we were receptive.”

As the installation was to be partly grant-funded Arthur obtained three quotes and he was pleased when the one from T H WHITE was the most competitive. “At Beaulieu we are some way outside

T H WHITE’s usual territory,” Arthur explained, “but there are no slurry equipment suppliers particularly near us, so whichever company we chose would be some distance away. Being able to go with

T H WHITE and have someone as knowledgeable as Bob on the end the phone gave us a lot of confidence for those inevitable occasions when we need to solve a problem.”

With the tender accepted the installation was carried out. A Bauer mixer now ensures the slurry is evenly distributed before passing through the FAN 1.2-780, mounted on steel staging. Founded in 1986, FAN Separator GmbH – now part of the Bauer Group – developed the first press screw separators, including the patented full floating screen technology employed in all FAN and Bauer PSS separators.

“In the late 1970s we were milking 540 cows, but following the introduction of milk quotas and a change of approach that figure has dropped to 340 today, says Arthur. “Now, instead of going for high yields of around 12,000 litres per cow, we aim for an average yield of 7,400 litres and we try to keep our cows outside for 270 days a year. Remarkably that is actually a more profitable model – the cows are happy and the amount of slurry to be dealt with is reduced. 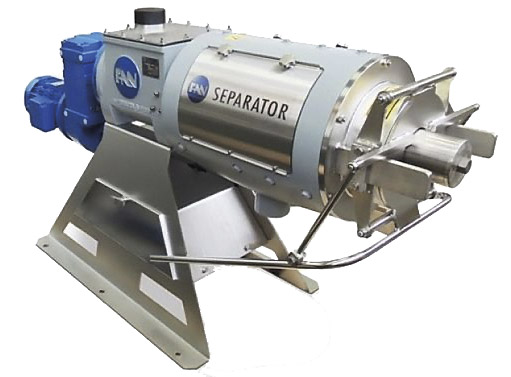 “Not only does the FAN separator feature high quality stainless steel internal components for long life, but the fact that there is no need for the separator to be used in the summer months when the cows are outside, makes me think that if I clean it thoroughly every year it will outlast me!”

The FAN separator delivers dry matter to a bunker and the liquid element to a holding tank. “Following separation, the dry material is worth about £5 a ton to us as farmyard manure, while the nitrogen-rich fluid is worth £54 per cubic metre. The new set-up means we are now around 70% self-sufficient in fertilizer for grass, maize and haylage.”

Arthur believes that the dairy industry must now face up to pressing environmental challenges: “Methane is clearly a big problem and the media are very quick to spotlight issues mainly being raised by the vegan community about methane from dairy cows. However,  it’s important to keep this in perspective; while dairy farmers can certainly play their part in the control of methane, many other sectors– including the chemical industry – are contributing to the problem. Large volumes of methane are also being released as the icecaps melt and as a result of fracking. We need a universal strategy to address this, rather than singling out the dairy industry. 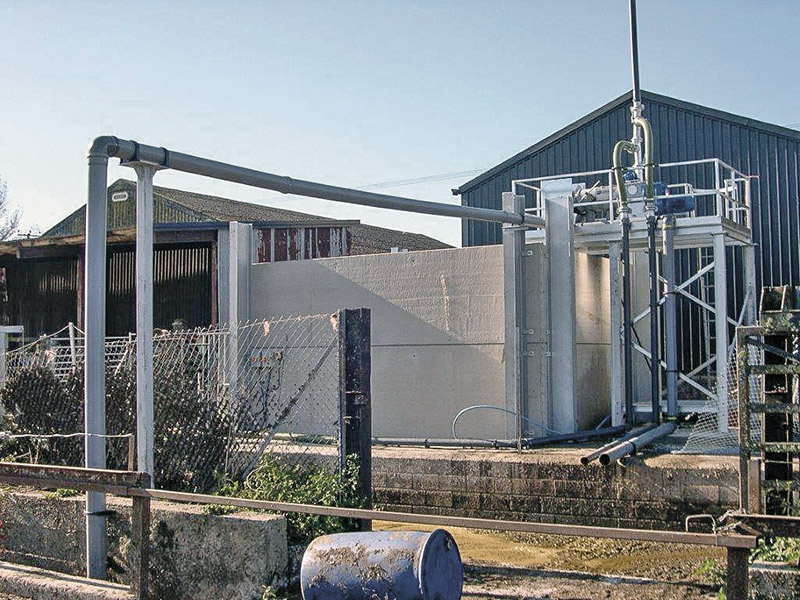 “Another challenge partly answered by slurry separation is that of urea. We return the separated liquid to the land using a dribble bar injector which reduces the release of urea to the atmosphere by over 60%. Even though we are not in a Nitrate Vulnerable Zone (NVZ), we have had so much rain this year that much of the ground is waterlogged, meaning we can’t inject at the moment. To prevent this becoming a problem in the future the next development on the farm could be a 4 million litre holding tank –sufficient to store three months’ output.”

It’s great to meet a farmer like Arthur Rolf who not only has a positive vision of dairying, but is constantly considering new ways to balance his business with the changing world around him.