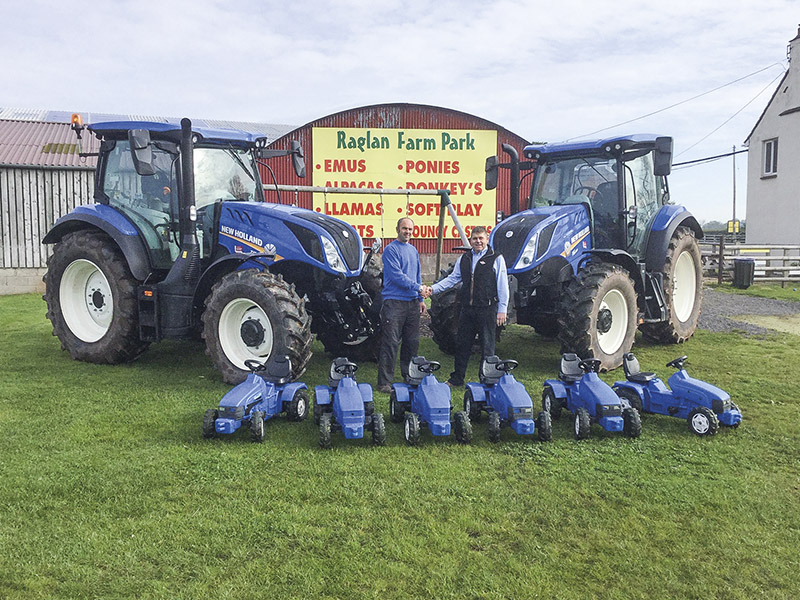 Since the Williams family threw open their barn doors to the public in June 2016, Raglan Farm Park has quickly grown to become a firm favourite for young and old alike, recently being voted ‘Best Family Day Out in South Wales’.

The task of maintaining the 40 acres of Monmouthshire parkland and keeping it spick and span for visitors calls for dependable machinery and when the Park needed new tractors T H WHITE Agriculture rep Joe Woolley gave them a demonstration of the New Holland T6.180. Father & son team Keith and Gareth Williams agreed the T6 was the tops and ordered two. Gareth is seen here taking delivery of the tractors from Colin Davies – together with a line-up of somewhat smaller tractors to get the youngsters thinking along the right lines!