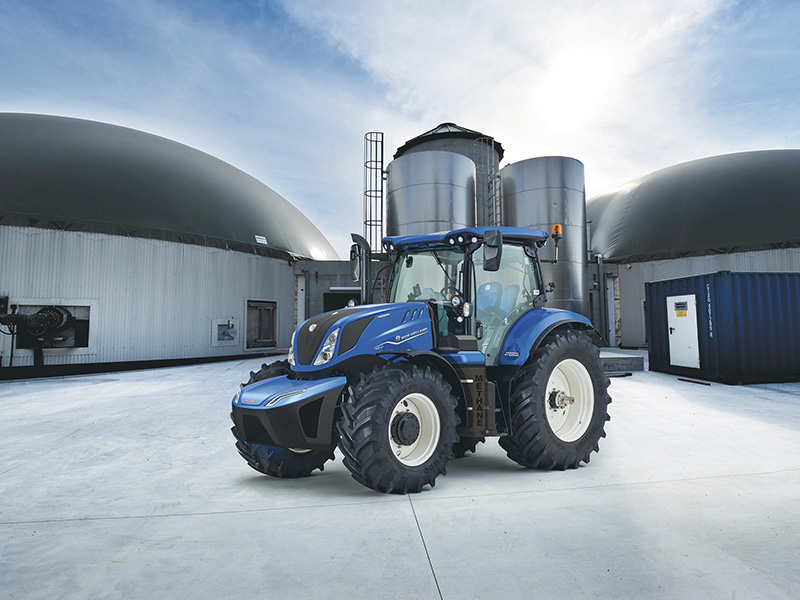 Back in 2016 T H WHITE partnered New Holland in trials of the second generation T6.180 methane powered tractor (see White’s World 265). The experience gained in those trials, plus further development has led to the launch of the world’s first production T6 Methane Power Tractor which made its debut at Agritechnica 2019.

This completely sustainable tractor solution offers the same performance as diesel with 30% lower running costs and – crucially – produces 99% less particulate matter than an equivalent diesel, and reduces CO2 emissions by a minimum of 10%, and overall emissions by 80%.

The T6 Methane Power tractor will be of special interest to biogas plant operators and farmers who grow energy crops and use agricultural waste to generate biomethane, achieving near-zero CO2 emissions. Livestock and dairy farmers can take this even further by producing biomethane from manure, which subtracts CO2 from the environment resulting in a carbon-negative footprint.

On the T6 Methane Power, the gas tanks are mounted in the same position as the diesel tanks on the standard T6 model. Clever design means that cab access and visibility are unimpeded. For users who need to extend their working hours, a ‘Range Extender’ is available as an option which can be mounted on the front linkage or weight carrier, or on the rear linkage for loader work.

The capabilities of the methane-powered T6 are similar to the standard T6, retaining production tyre sizes and track width settings. Additional options such as mid-mount valves are also still available.

The T6 Methane Power will be available to customers during 2020. To keep abreast of the introduction and to hear more about ways in which it could save money specific to your operation, contact the New Holland specialists at our Agricultural branches.