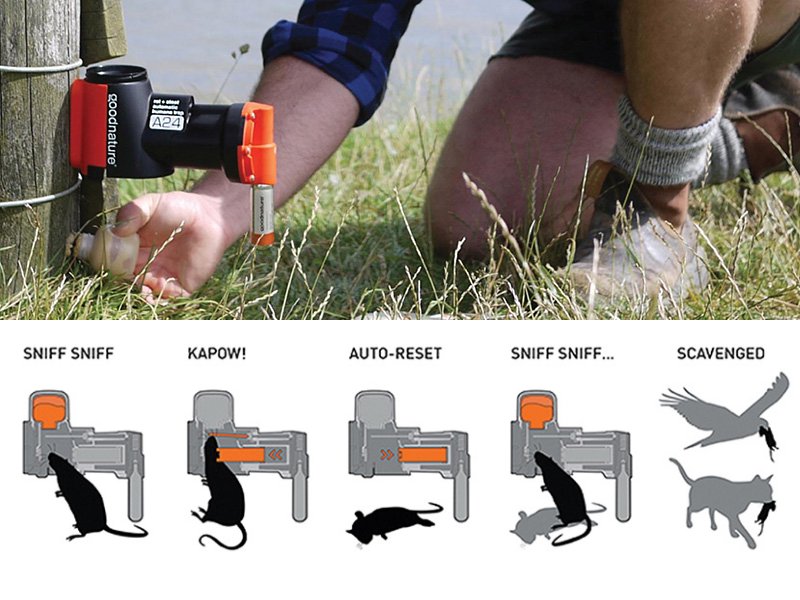 Whether you are an agricultural professional or simply a keen gardener, the problem of pests is always present. Unwanted pests not only cause millions of pounds worth of damage to buildings, crops and property each year, but they also threaten native species.

Dealing with pests is always a sensitive subject – poisoning can have unpleasant side effects and is widely regarded as inhumane. Now, however, Berkshire-based Goodnature Traps UK is distributing a range of New Zealand designed and made non-toxic automatic traps that humanely and effciently dispatch target species.

The first product, now available at T H WHITE Country Stores, is the Goodnature A24 rat trap, designed to deal with rats, small rodents and stoats. The rat is attracted by the scent of a bait inside the trap and when it enters the cowl of the unit a bolt powered by a CO2 canister delivers a powerful blow that dispatches pests humanely and effciently every time. The trap then resets itself automatically, ready to operate again.

The dead pest falls from the trap and can be removed hygienically by the farmer or gardener, but if, for example, it is taken by a bird of prey or a cat, then no poison will enter the animal food chain. Targeted, effcient and humane, the A24 trap has been developed and tested in harsh outdoor environments, but is just as effective in your garden or loft as it is in rural or urban environments, allowing anyone to carry out effective pest control. Up to 24 pests can be dealt with per CO2 canister.

The A24 is certified for use in England under the Spring Traps Approval (England) Order. Approval for use in  Scotland and Wales is pending. A larger trap for grey squirrels has also been developed and is expected to be approved in the spring update of the Spring Trap Approval Order (England), with availability from June. You can buy the A24 trap kit now from the T H WHITE Country Stores in Marlborough and Knockdown at £126.