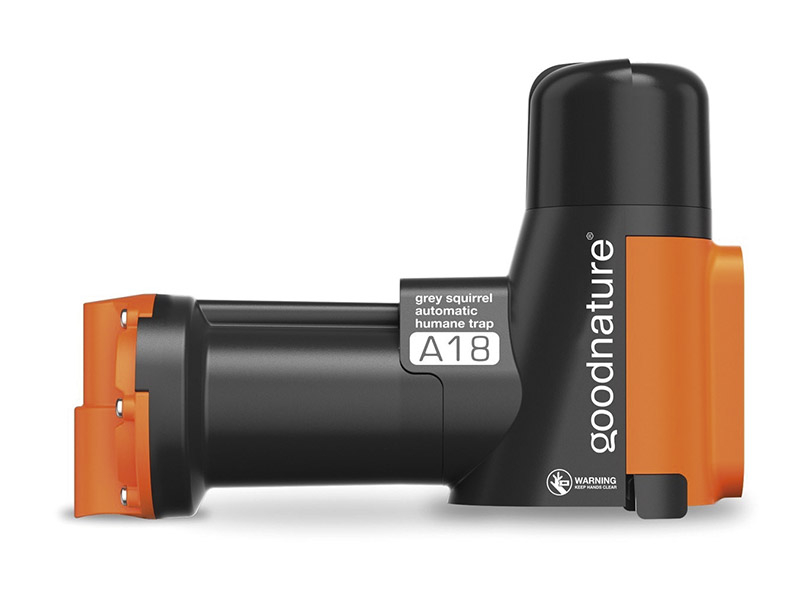 For many people the grey squirrel is far from being a cute garden visitor – it often causes severe damage to woodlands by stripping bark from trees, as well as stealing the eggs of song birds. Introduced from North America in the 19th century, the grey squirrel has also almost driven the native red squirrel to extinction in many areas. 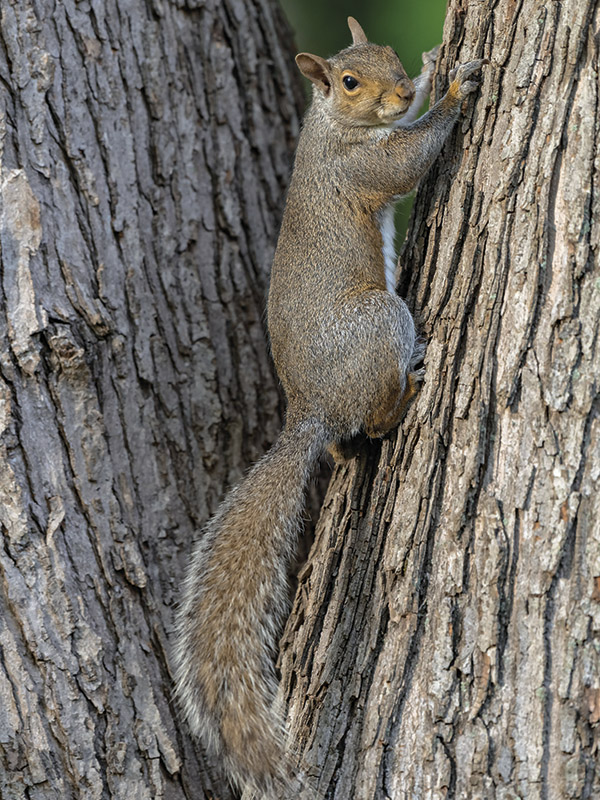 The grey squirrel is highly destructive of tree bark

The problem has reached the point where some regard the grey squirrel as a more serious pest than rats. That said, the grey squirrel is a regular and approachable resident of our woodlands, parks and gardens, so where targeted control is needed it’s important that it should be humane. Shooting or trapping grey squirrels with primitive spring traps used to be the only lawful means of control, but both methods have been criticised for being inhumane.

However, under DEFRA’s newly made Spring Traps Approval Orders, the long-awaited Goodnature A18 Grey Squirrel Trap became an approved trap in England and Scotland from 1 January 2019, and is now available from the T H WHITE Country Stores.

Unlike other traps, the Goodnature A18 is powered not by springs but by the force of compressed gas from a small screw-in cartridge. It is designed to be mounted at head-height on a tree; when a squirrel tries to reach bait inside the trap’s tough plastic housing it pushes aside a fine wire which triggers a gas-powered captive piston. The powerful strike to the back of the animal’s head results in near-instantaneous death and the piston then retracts, allowing the dead animal to drop to the ground where, in most cases, it will be quickly removed by scavengers.

The principle of the trap is closely related to the Goodnature A24 rat trap profiled in White’s World 281 (December 2017) and is the latest result of the pioneering work done by the New Zealand company in developing genuinely humane, non-toxic traps for pest control.

A major benefit comes from the fact that the trap is self-clearing and self-resetting, meaning that it requires less human attention. Each gas cartridge is capable of delivering 18 strikes which in most situations will be sufficient for about six months. A strike counter attachment comes with the trap so that the user will immediately know how often it has been operated.

The Goodnature A18 is available from our Marlborough and Knockdown Country Stores at £159.90 including VAT. Replenishment packs of lure paste and gas cartridge are available too.