A year ago he purchased a Sky Agriculture EasyDrill for the farm specifically for planting oilseed rape and linseed. After 12 months in use, Chris can say with certainty that he made the right choice:

“When we started to look at the options Sky’s competitor machines gradually ruled themselves out – not necessarily because they were bad machines, but because they just don’t have the versatility of the Sky Easy Drill. As far as I’m aware the Sky Drill is the only machine that can apply a conventional seed, a companion seed and fertiliser separately but in the same pass, as well as having grain and fertiliser hoppers.

“Our soil tends to be dry anyway so it was important to us to have a mintill machine that would minimise any further drying out. The worth of that was proved in 2020 when we had an unusually dry spring – after 1 May we had no rain at all for the rest of the month, but when we were drilling linseed with the Sky Drill it kept the moisture in the ground.”

Chris was also able to use the Sky Drill to help a neighbour by direct drilling a legume mix with great results. “It really is a versatile piece of kit,” says Chris. “It has more than justified the purchase already and we are still discovering its capabilities. I can certainly say that the Easy Drill has proved its worth!”

If you would like to see a Sky EasyDrill in action, contact our resident expert Demonstrator Mike Quilter on 07887 540200, or email him, mike.quilter@thwhite.co.uk 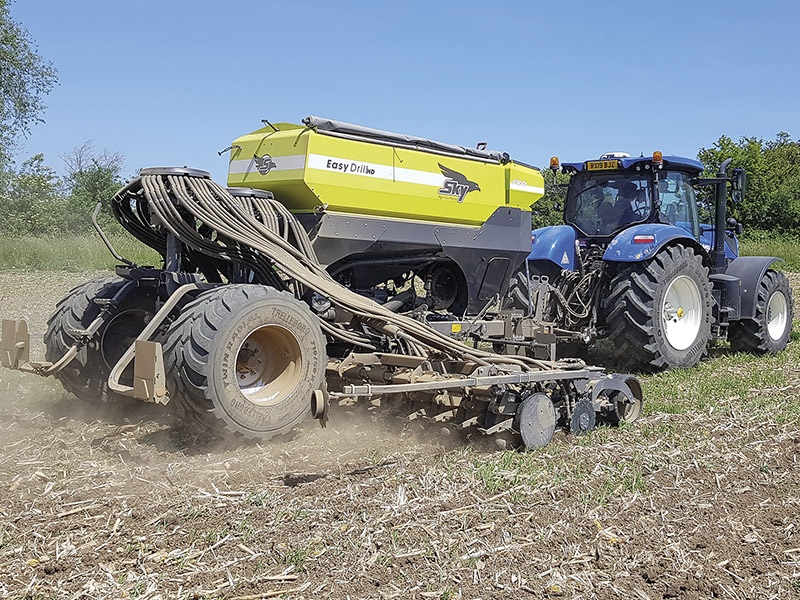