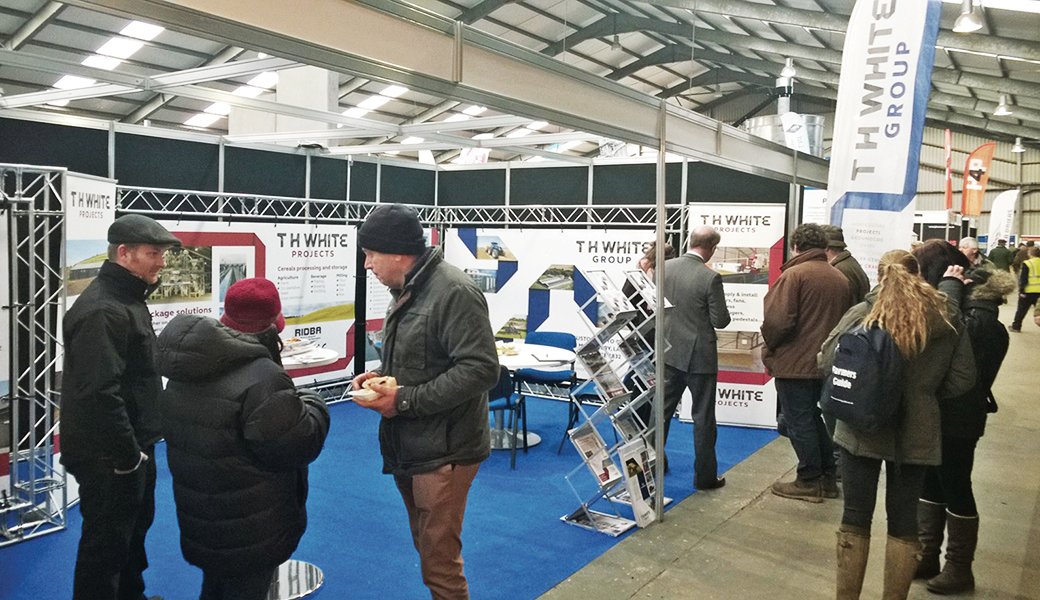 Overnight on 17 January and into the early hours of the next day, ferocious weather conditions with extremely high winds left the annual LAMMA event in tatters.

Across the East of England showground there was significant damage to many of the outside stands and marquees, some sustaining severe structural damage which unfortunately led to the cancellation of the second day of the show on health & safety grounds.

Members of the T H WHITE Projects team were scheduled to spend two days at the recent LAMMA event – The UK’s largest farm machinery equipment and agricultural services show – which was being held at the Peterborough venue for the last time.

Last year’s event was highly successful for Projects and we managed to secure the same stand – No. 322 in Hall 3. As usual, the public support for the show was excellent and it was anticipated that more than 40,000 visitors would pass through the gates to experience the atmosphere of the event and meet some of the 850 exhibitors. A record LAMMA attendance was recorded for day one, whereas the events of the Thursday morning resulted in people having to turn around to go home.
This was the second event for the team since the Brexit clock started ticking, so predictably it prompted some interesting debates and discussions around the showground on the first day.

Day one certainly produced some very interesting enquiries and opportunities for T H WHITE Projects, and the time spent at the show meeting customers from around the UK and overseas proved most worthwhile despite the unexpected closure on the second day.
For 2019 LAMMA is being held at a different venue. The showground at Peterborough will no longer be available so the event will instead be held at the NEC, Birmingham.