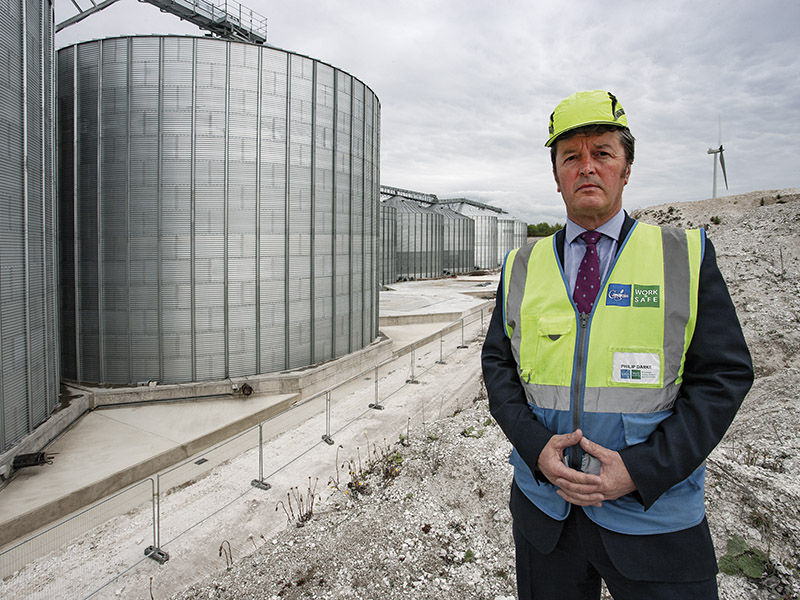 The first thing to strike you about Camgrain’s Advance Processing Centre (APC) in Cambridge is its sheer size. With a storage capacity of 180,000 tonnes, it is currently being expanded to 200,000t capacity by T H WHITE Projects.

And that’s just one of four grain stores operated by Camgrain – Britain’s largest farmer-owned storage and processing co-operative – almost all of which have been built in partnership with T H WHITE. Today Camgrain stores almost 500,000t of grain on behalf of its 550 member farmers, as well as operating the only ‘clean wheat’ plant in the co-operative sector. The quality and consistency of the grain produced by the plant means that Camgrain is now a key supplier to makers of market-leading breakfast cereals.

Earlier this year Camgrain was honoured with the ‘Nestlé Supplier of the Year’ award. “Many of the most popular breakfast cereals contain our grain,” says operations director Philip Darke with justifiable pride. “Customers like Nestlé and major flour millers mean not only that our farmers have a reliable market for their grain, but more than 90 per cent of it realises a premium price.”

The concept of centralised grain stores was born back in the late 1970s. “The cost of on-farm storage has always been relatively high and it can be difficult to achieve ideal drying and storage conditions,” says Philip. “On top of that farmers faced the time-consuming task of finding markets for their grain. The economics suggested that grain farming could be simplified and become more profitable with large, co-operative grain stores, but the key to making it happen was the availability of European grant aid.”

Camgrain’s first store was built at Linton, south of Cambridge, in the early 1980s which was when Philip Darke joined the business. “There were certainly challenges and we wanted to benefit from the experience gained by early entrants to the sector. T H WHITE had been working on Hampshire Grain’s first store and they had all the credentials we were looking for.”

So it was, in 1982, that a working relationship began between T H WHITE and Camgrain which has already endured for almost 40 years. “At Camgrain we developed the specification, planning and civil engineering requirements, then T H WHITE put the whole project together.”

The Linton plant opened in 1983 with just 50 farmer members, a number which grew rapidly as more and more farmers saw the benefits. While it’s true to say that there will always be a need for some on-farm grain storage, the pooling of production has brought real cost benefits. For example, the cost today of an on-farm store to the high specification offered by Camgrain works out at around £200 per tonne, a price which Camgrain can roughly halve. Over a 40 year investment period the annual cost per tonne can be brought right down to around £4. When you add to that the professional marketing which comes as part of the Camgrain supply chain package, membership becomes a very attractive prospect.

As Camgrain’s membership has grown, capacity has been increased by additional stores and expansion of earlier ones. The Cambridge APC was opened in 2009, followed by a further 90,000t store near Northampton in 2012. Also in 2012 Camgrain acquired a 50,000t store at Stratford, now providing rapeseed storage and logistics support for Yelo Enterprises Ltd, the operators of an adjacent new build 100,000t rapeseed crushing facility. Strategic location of these stores close to miller and maltster consumers has further streamlined the operation and reduced haulage costs in the supply chain.

“T H WHITE has worked on all our major projects since those early days,” Philip adds. “Although we use competitive tendering and T H WHITE is not always the cheapest, we have a fabulous relationship with the team based on trust and integrity. With a mix like that we are well placed for continuing success in a competitive market. They are currently installing an extra 24,000t capacity at our Cambridge APC and for turnkey projects they are, and will continue to be, our partner of choice – as they have been for the last 36 years.”

T H White Projects is ready to help with whatever type or size of project you are contemplating, just as we have been able to work so successfully with Camgrain over the years. Just call us on 01380 723040 , or email our team at projects@thwhite.co.uk to find out more about how we can assist you in making the most of your projects for generations to come. 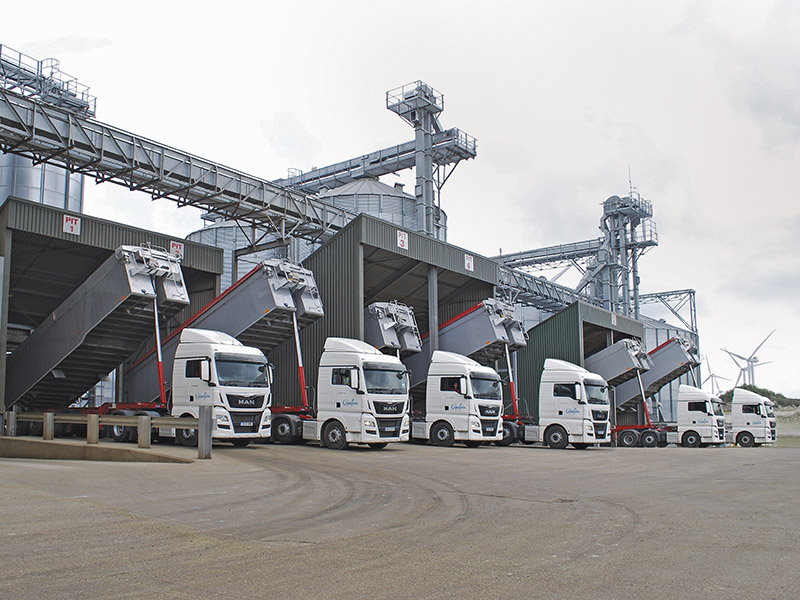