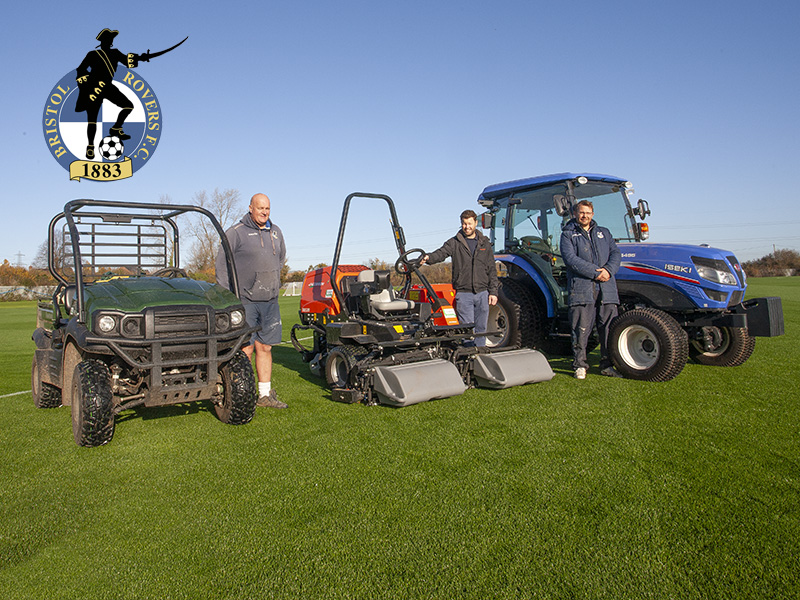 In these uncertain times it’s particularly pleasing to see a West of England football club making a serious investment in the future of the national game. T H WHITE too is proud to be playing a part in the initiative.

In 2017 the owners of Bristol Rovers FC purchased a 28-acre site at Almondsbury with the intention of creating a new training centre for the club. The need to go ahead and build the new training ground became more pressing this year as the Rovers players had to vacate their previous training facility when the lease expired.

The objective was to create two fibre sand pitches and a practice area alongside a building containing changing rooms, a gym and a physio room, with a new club house to follow later.

Contractors moved in at the end of June and were faced with a mammoth task. The existing terrain was uneven and rocky, with large rocks buried deep in the subsoil, some of which were too big to move without risking the stability of the surface. That meant the height of the pitches had to be raised more than originally anticipated.

Once the basic earthworks had been completed, drainage work and piping for sprinkler systems was incorporated prior to the delicate task of creating perfectly level, high quality pitches. Layers of gravel and sand were then spread across the ground, precision levelling being achieved using a laser and spirit level combination which communicated directly with the drivers spreading the gravel. Fine sand and topsoil followed, with final levelling being carried out by hand.

Responsibility for the finished pitches was then passed to the Bristol Rovers groundstaff, led by Head Groundsman Daryle Sullivan and his assistant Martyn Rendell.

“The seeding was carried out in mid-August,” said Daryle, “so we spent almost every day on site nurturing and watering the newly-sown grass, and eventually starting carefully-controlled mowing. At the beginning that was all done with walk-behind pedestrian mowers, but we needed to start thinking about the on-going pitch maintenance.”

Enter Stuart Fry of T H WHITE. “When I saw the quality of what had been achieved with the new pitches I knew some quality kit would be needed to keep it that way. After speaking to Daryle the club ordered a Jacobsen TR 320 triple mower, an Iseki TG6495 IQ compact tractor, Wiedenmann GXi8 Terra Spike for maintaining good drainage, and a Terra Rake 230. For high quality finish-mowing four Honda HRD 536 QX professional walk-behind mowers were added to the order, as well as a Kawasaki Mule SX to move things around the site.”

The first training sessions on the new pitches took place on 26 October, giving the players a superb environment to keep on top of the new League season.

“It’s great to be helping a football club maintain the highest standards despite the current situation,” said Stuart.

If you would like to talk about high quality groundcare equipment, call Stuart Fry on 07774 212926, or contact any T H WHITE Groundcare branch.

Top: Head groundsman Daryle Sullivan, Stuart Fry and Assistant Groundsman Martyn Rendell with some of the new equipment being used at the Bristol Rovers Training centre. 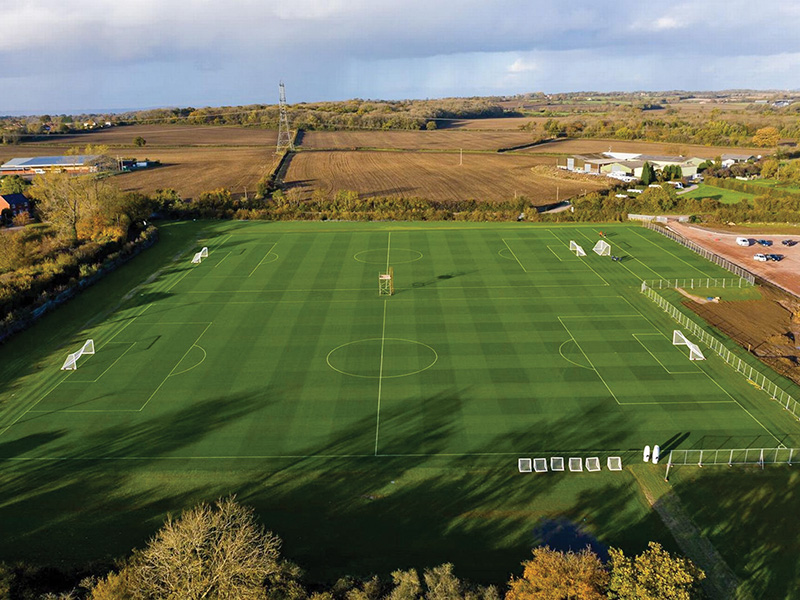 Seeing is believing. The quality of the pitches and training area at Almondsbury is exceptional.