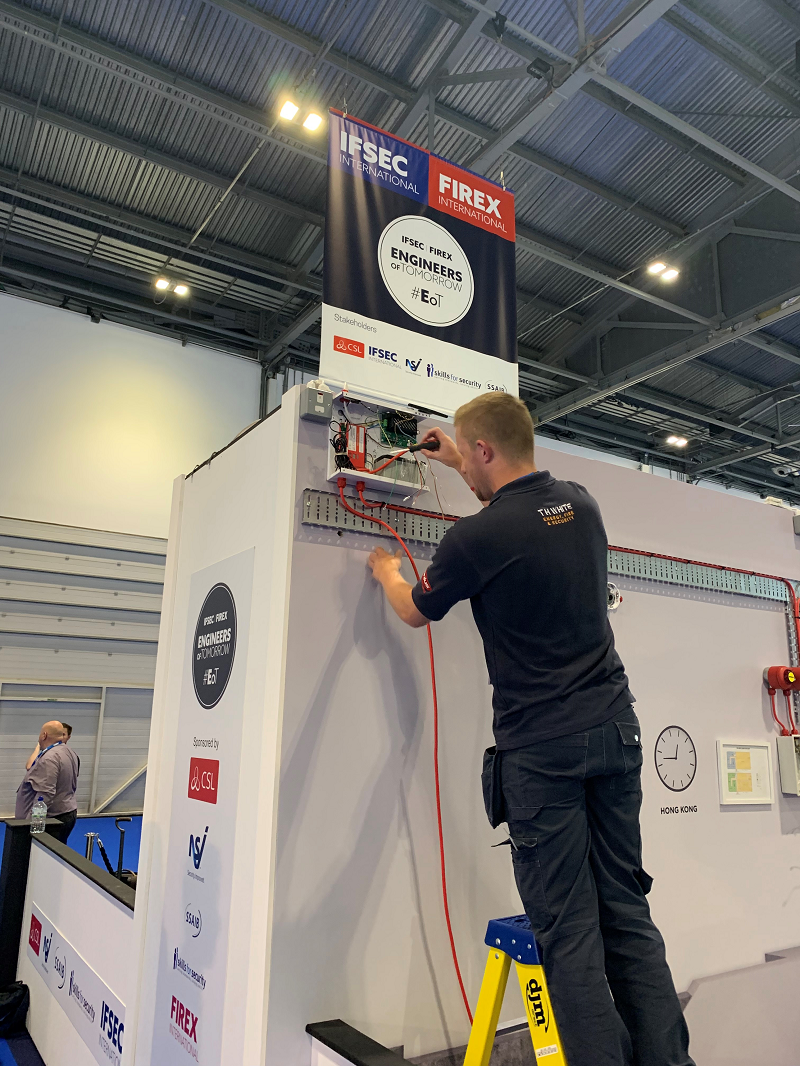 The ‘Engineers of Tomorrow’ contest takes place every year at IFSEC International, UK & Europe’s leading security event held at ExCel, London. The aim is to support and encourage the next generation of security engineers by pitting security apprentices against each other with a series of live, action-packed installation challenges throughout the three-day event.

Our very own Apprentice Engineer Jordan Miners was entered this year by Yeovil college, fully encouraged by the team at T H WHITE, to display his skills on an international platform. Jordan has worked as an Apprentice Engineer for two years in T H WHITE’s Energy, Fire & Security division.

With more than 60 engineers competing, working in teams of two – against each other, the challenge comprised three stages: to audit and pick out the faults on an existing system; to wire up two call points, two sounders and two smoke detectors into a CTEC fire panel; and to commission a new system and make sure it was fault free, at the same time answering technical questions about fire alarms.

“I was so pleased when I found out I had been selected,” said Jordan, “ because I had worked really hard at college to get through to IFSEC. On the day of the competition we felt nervous, but once we got started it was okay.”

The competition tasks lasted an hour and a half, after which Jordan was just a point away from a first place finish. “Although that was annoying I was really happy with second place considering it was my first attempt. I’m determined to go again next year and get first place!”

T H WHITE runs an apprenticeship programme across many of its divisions encouraging trainees to combine day or block release at college alongside practical experience in the workplace.