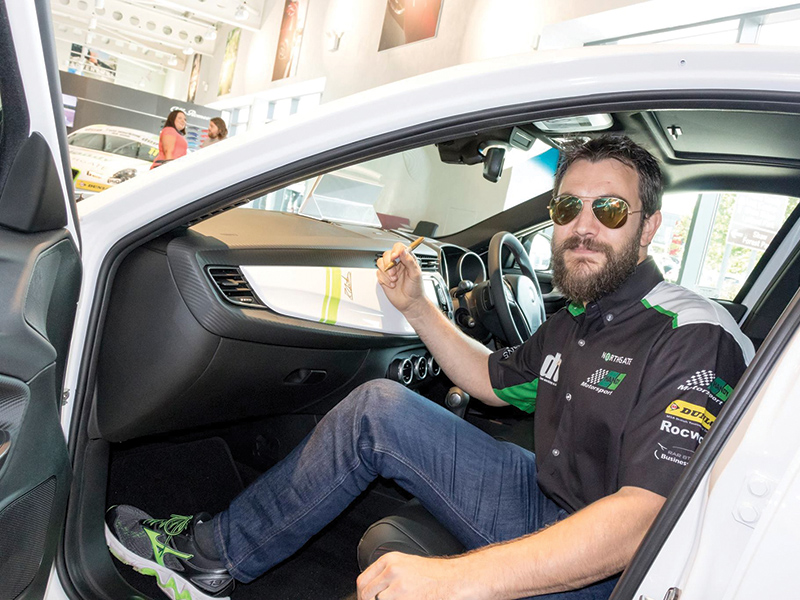 Looking ahead to 2018 and the return of Alfa Romeo to the British Touring Car Championship (BTCC), a special event was held at the T H WHITE Alfa Romeo dealership in Swindon on 23 September. Scores of fans seized the opportunity to enjoy a Q&A session with Rob Austin – who will drive an Alfa Romeo Giulietta in the 2018 Championship – and team owner and former driver Simon Belcher, hosted by 1992 BTCC Champion and ITV4 commentator Tim Harvey.

Fans packed the Forest Park Road premises to see the Alfa Romeo Giulietta showcar, which appeared live on ITV4 at the Rockingham race meeting in September where Handy Motorsport revealed the 2018 tie-up with the Alfa Romeo Dealer Council. T H WHITE, a key team sponsor and part of the Dealer Council, has been instrumental in bringing the deal together.