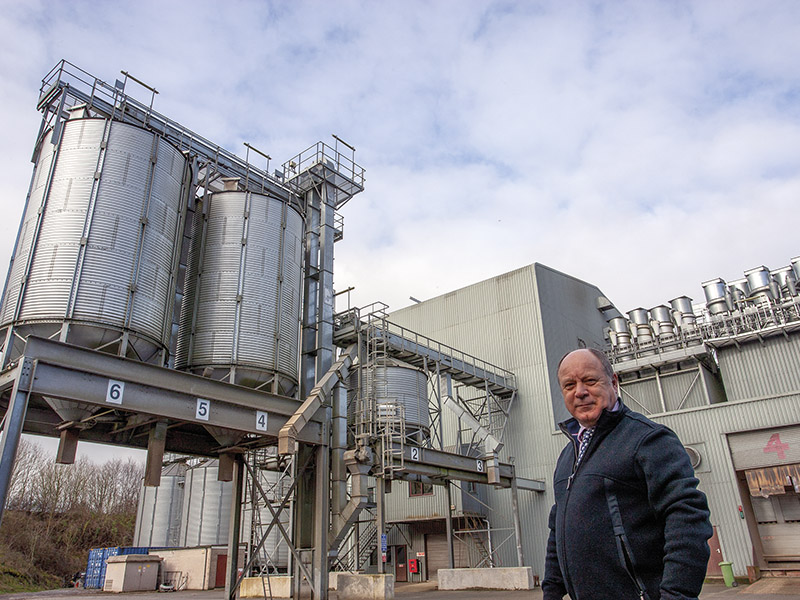 Rob Sanderson’s 39-year career in the grain handling and storage business has coincided almost exactly with the rise to prominence of large co-operative grain stores in the UK. During that time Rob has been the man behind some of the largest grain store developments across the country, including in Scotland, and he puts much of his success down to a long term working relationship with the team at T H WHITE Projects.

We caught up with Rob at the Shrewton grain store of Trinity Grain on the edge of Salisbury Plain. The expansion of this store from its original capacity of 30,000 tonnes to 100,000 tonnes in the 1990s was Rob’s first big project, but Hampshire Grain was where he started back in 1980 – which merged with Wiltshire Grain and Ridgeway Grain to form Trinity Grain in 2018. 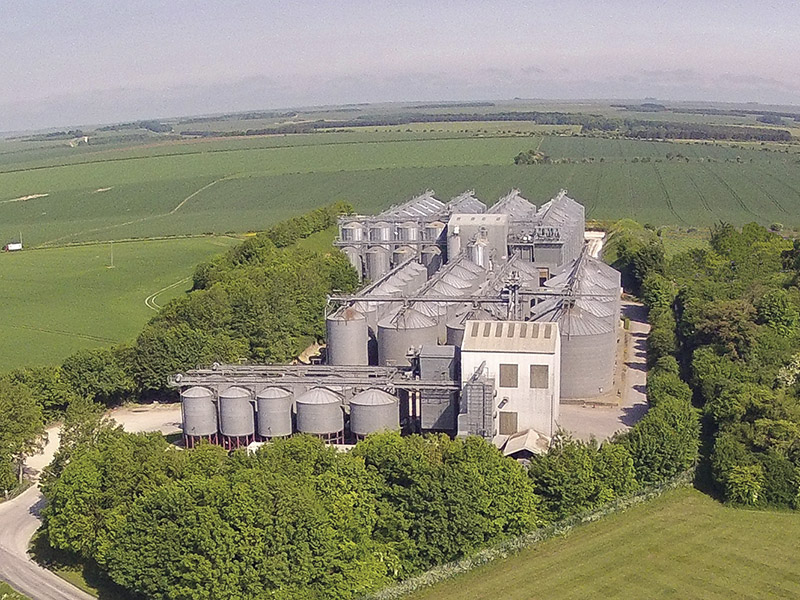 “In those early days the development of large, co-operative grain stores were supported by European investment grants,” said Rob. “Yields were increasing and farmers faced the choice of making a considerable investment in their own grain store as well as finding markets for their grain, or becoming part of a joint enterprise using centralised storage and distribution points, thus streamlining their operation and guaranteeing a market.”

When Rob arrived at Hampshire Grain it was only a year since the grain store had been built by the newly-established
T H WHITE Projects (then called T H WHITE Installation Ltd), but the concept was beginning to take off and the first big extension, again with T H WHITE, was made in 1982.

“It was great to work with the T H WHITE team and it gave me a clear insight on how large infrastructure projects should be handled. These days such projects are generally very tender-orientated, but back then we relied on a relationship of confidence and trust. I can remember spending hours with Ken Spreadbury from T H WHITE, going through the initial ideas and drawings, tweaking, refining and bringing ideas to life. Both sides of the venture shared the risk of investing a lot of time up-front, making proposals to Boards, lawyers and steering the project through the planning process. The commitment was joint and if it didn’t go ahead for any reason everybody lost out which created a strong team spirit.”

The knowledge gained in that early work gave Rob the confidence to take the lead on many subsequent projects, including a major grain store for Camgrain at Kettering. “That presented real challenges in terms its sheer scale and complexity of planning,” Rob recalls. Other challenges also awaited, including two large projects in Scotland – one for Angus Cereals at Montrose where a port facility was developed on bare quayside land, as well as the enlargement and enhancement of ageing 20,000 tonne store for Aberdeen Grain where the capacity was expanded to 65,000 tonnes. All these schemes were carried out in tandem with T H WHITE Projects, making it one of Britain’s leading installers of this type of infrastructure.

In recent years Rob has worked with Openfield, which grew out of the Grainfarmers and Centaur Grain farmer-owned co-operatives, and which now handles and markets around 20% of the UK crop to major food manufacturers such as Warburtons. 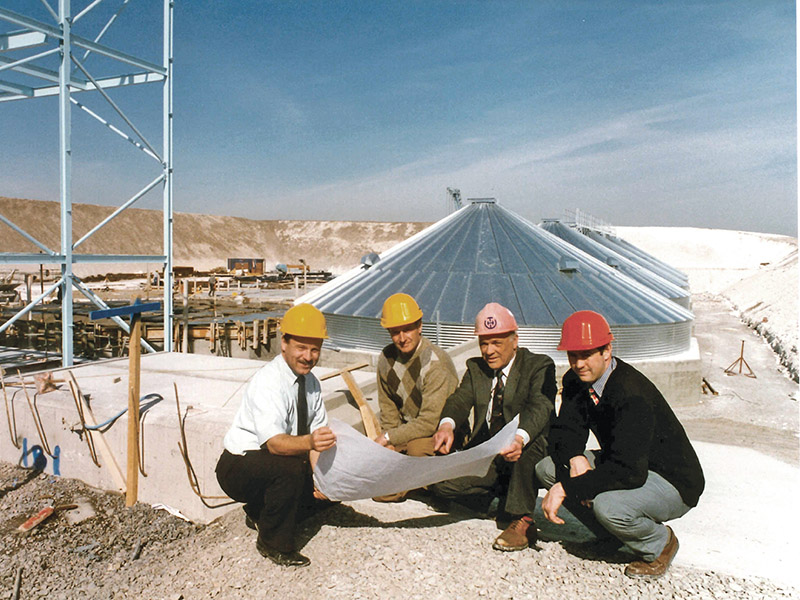 An on-site gathering as the extension of the Shrewton grain store starts to take shape ready for the 1996 harvest. On the left is Rob Sanderson with Wiltshire Grain chairman Roger Moore, the late Peter Webb of T H WHITE and grain store manager Nick Brown.

With some of the UK’s biggest grain stores on his CV, his twitter profile is not exaggerating in describing him as ‘GrainStorageRob’. At the beginning of this year he ‘retired’, but still retains an involvement with the industry through his own consultancy, Prograin.

Walking around the Shrewton site with Rob brings home just how much volume is represented by a 100,000 tonne store – it’s hugely impressive – and that’s just one of many. But what does the future hold?

“The number of large grain stores now available to farmers probably means there are unlikely to be more truly large scale developments,” says Rob, “but that doesn’t mean things will stand still. Improvements in engineering and technology, plus the need for renewals will mean that customers will always need to call upon T H WHITE’s expertise.” Certainly the experience gained by T H White while working on large agricultural co-operative stores is now being carried over to many diverse projects in other industries.

T H White Projects is ready to help with whatever type of project you are contemplating, just as we have been able to work so successfully with Rob Sanderson over the years. Just call us on 01380 723040 to find out more about how we can assist you in making the most of your projects for generations to come.